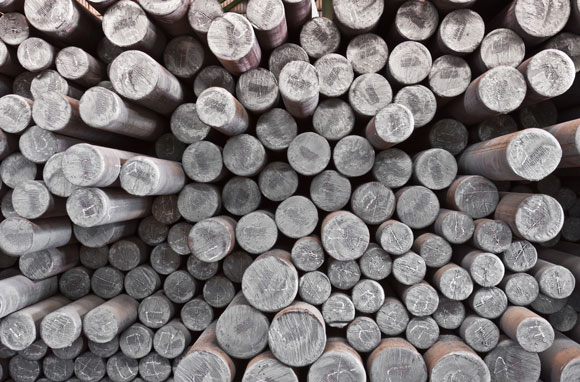 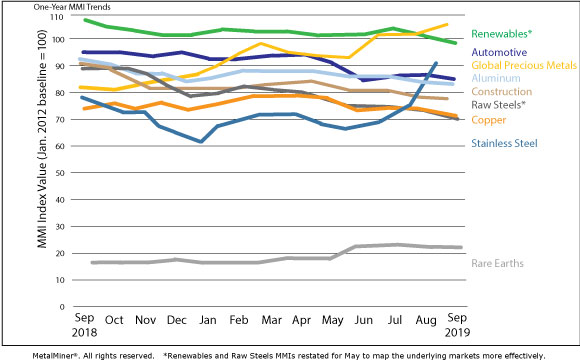 The September 2019 Monthly Metals Index (MMI) report is in the books.

This month, three of 10 MMIs increased, while six decreased and one held flat.

On the trade front, the U.S. and China are set to resume trade talks, with the U.S. recently deciding to delay a tariff rate increase and China announcing tariff exemptions for some U.S. agricultural goods, including pork and soybeans.

Elsewhere, the U.S. is readying billions of dollars in tariffs against the E.U. — including on copper alloys — in retaliation for the latter’s subsidies for aircraft manufacturer Airbus.

A few highlights from this month’s MMIs:

PREVIOUS POST:
Oil Prices Spike on Fears of Middle East Conflict
NEXT POST:
GM Strike Could be a Boon to Steel Buyers