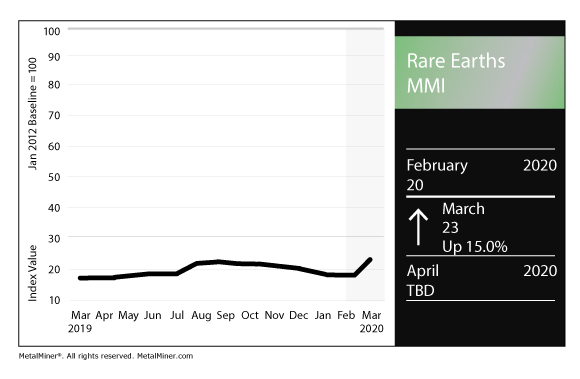 Australia’s Lynas Corporation, the world’s largest rare earths firm outside of China, scored a key win last month when Malaysian authorities granted the company a three-year license renewal for its operations in the country.

Following a lengthy back-and-forth with the Malaysian government last year — focused on waste disposal at Lynas’ Kuantuan refinery — government authorities granted the company a six-month extension of its license to operate.

Then, on Feb. 27, Lynas announced the Malaysian government had issued a three-year renewal of the company’s license to operate.

“We thank the AELB for its decision to renew the operating licence for three years,” Lynas CEO Amanda Lacaze said in a prepared statement. “This follows Lynas Malaysia’s satisfaction of the licence renewal conditions that were announced on 16 August 2019. We reaffirm the company’s commitment to our people, 97% of whom are Malaysian, and to contributing to Malaysia’s Shared Prosperity Vision 2030.

“Over the past eight years we have demonstrated that our operations are safe and that we are an excellent Foreign Direct Investor. We have created over 1,000 direct jobs, 90% of which are skilled or semi-skilled, and we spend over RM600m in the local economy each year.

The approval came with several conditions, including:

Lynas revenue flat in first half of FY 2020

In addition, Lynas also recently reported its financial results for the half year ending Dec. 31, 2019.

During the period, Lynas reported revenue of $180.1 million, flat compared with the first half of the previous year ($179.8 million).

“We are pleased to receive a three year renewal of our Malaysian operating licence,” Lacaze said in the company’s earnings release. “We have worked hard to develop our assets at Mt Weld and Kuantan. Both plants now operate safely, reliably and efficiently, providing an excellent foundation for our Lynas 2025 growth plans.”

U.S. production increased 44% in 2019 to 26,000 tons, putting it behind only China in rare-earth-oxide equivalent production.

China’s production — not including undocumented production, the report notes — reached 132,000 tons, up from 120,000 tons the previous year.