This Morning in Metals: USITC maintains duties on rebar from Mexico, Turkey 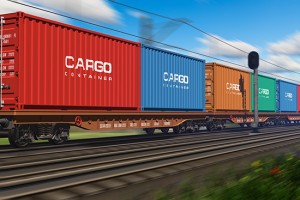 The United States International Trade Commission this week voted to maintain existing anti-dumping and countervailing duties on steel rebar from Mexico and Turkey.

In its five-year sunset review, the USITC determined revoking the duties would likely lead to material injury “within a reasonably foreseeable time.”

“We welcome the final decision and commend the ITC and the Commerce Department for their hard work in these cases and for vigorously enforcing U.S. trade laws,” said Alan Price, chair of Wiley’s International Trade Practice and counsel to the Rebar Trade Action Coalition.

New housing starts in August fell 5.1% from the previous month, according to the U.S. Census Bureau and the Department of Housing and Urban Development.

Privately owned housing starts came in at a seasonally adjusted annual rate of 1,416,000 in August. The August total, however, marked a 2.8% year-over-year increase.

With Detroit automaker GM transitioning toward an electrified world, the automaker said Wednesday that “Ultium Drive” will power its future.

“General Motors’ next-generation EVs are expected to be powered by a family of five interchangeable drive units and three motors, known collectively as ‘Ultium Drive,'” the automaker said in a release.

PREVIOUS POST:
Stainless MMI: Stainless steel surcharges rise for fourth straight month
NEXT POST:
Iron ore price falls, but is it a pause before further rises or the top?