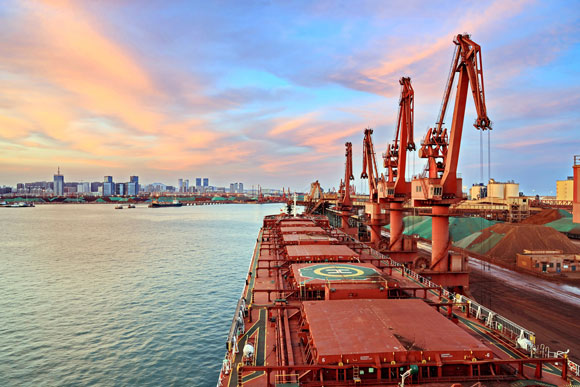 This morning in metals news: Rio Tinto’s iron ore shipments rose 2% year over year in Q4 2020; the Energy Information Administration forecast 2021 will see less power generation from natural gas this year; after rising during the first week of 2021, the LME three-month aluminum price has since been sliding.

Meanwhile, in energy news, the Energy Information Administration (EIA) forecast power generation from natural gas in the U.S. will decline this year.

The EIA forecast the decline will be about 8% this year.

“This decline would be the first annual decline in natural gas-fired generation since 2017,” the EIA reported. “Forecast generation from coal-fired power plants will increase by 14% in 2021, after declining by 20% in 2020. EIA forecasts that generation from nonhydropower renewable energy sources, such as solar and wind, will grow by 18% in 2021—the fastest annual growth rate since 2010.”

Most metals enjoyed an extended run of price momentum throughout the second half of 2020.

Aluminum continued that run over the early days of 2021 but has reversed course over the last two weeks.

The LME three-month aluminum price closed Monday at $1,984 per metric ton. The price is down 2.79% from the previous month.

PREVIOUS POST:
Germany’s thyssenkrupp wins contract to build 88 MW water electrolysis plant in Quebec
NEXT POST:
What do China’s surging copper imports tell us about the economy for 2021?