This morning in metals news: the U.S. Court of International Trade voted to affirm the duty levels set by the Department of Commerce with respect to heavy walled rectangular steel pipes and tubes from Korea; meanwhile, U.S. distillate demand returned more quickly than gasoline and jet fuel demand; and, lastly, the copper price has bounced back this past week. 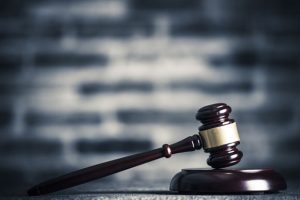 The U.S. Court of International Trade recently ruled to maintain a Department of Commerce determination on anti-dumping duty levels on heavy walled rectangular steel and pipe from Korea.

Korean firms Dong-A Steel Company and Kukje Steel Co., Ltd. were the plaintiffs in the case.

The Department of Commerce had previously determined a weighted-average dumping margin for DOSCO of 11.00% and 7.89% for Kukje.

“The combination of increases in both travel and economic activity in the United States has contributed to more demand for gasoline, distillate, and jet fuel, as reflected in the product supplied data of our Weekly Petroleum Status Report (WPSR),” the EIA reported. “Although demand has increased for all three of these products from their 2020 lows, the extent of the demand growth has differed by product.”

Meanwhile, after an approximately six-week decline after hitting an all-time high, the copper price has made some gains over the last week.

However, the price remains down 6.99% month over month.