This Morning in Metals: Real GDP gains 2.0% in Q3, per BEA estimate

This morning in metals news: real GDP increased by 2.0% in Q3 2021, according to an estimate from the Bureau of Economic Analysis; Ford Motor Co. released its Q3 results; and, lastly, several base metals prices have continued to retrace after surging earlier this month. 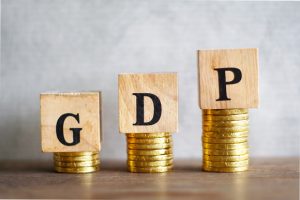 According to an estimate from the Bureau of Economic Analysis, U.S. real GDP increased by 2.0% in Q3 2021.

“The increase in real GDP in the third quarter reflected increases in private inventory investment, personal consumption expenditures (PCE), state and local government spending, and nonresidential fixed investment that were partly offset by decreases in residential fixed investment, federal government spending, and exports,” the BEA reported. “Imports, which are a subtraction in the calculation of GDP, increased.”

The automaker reported North American market share of 11.3% in Q3.

After reaching 14-year highs earlier this month, the zinc price has since retraced. LME three-month zinc closed Wednesday at $3,413 per metric ton, down just over 9% since peaking mid-month.

Meanwhile, LME three-month aluminum reached around $3,200 per metric ton earlier this month. Since then, the metal has declined approximately 11%, closing Tuesday at $2,844 per metric ton.

Copper also declined, albeit not as steeply. After reaching $10,275 per metric ton earlier this month, LME three-month copper closed Tuesday at $9,805 per metric ton.