The Construction MMI dropped by 9.41% from May into June. The decline comes amid growing optimism about the state of the industry. Even so, talk of recession continues to cast a shadow over the post-COVID economy.

Despite the doom and gloom recession talk going on, industry insiders remain confident that the U.S Construction Market can trend up. In a report published by GlobeData, the $1.9 trillion industry can expect to see another 3% growth between 2023 and 2026. The organization cited new investments in renewable energy, housing, and transport to support its claims. They also clarified that the bulk of the growth comes from the residential sector, where demand remains at a boiling point.
Despite this optimistic outlook, GlobeData made it clear that output will likely remain low through 2022. They mentioned this stems from “subdued investor confidence amid a steep rise in construction costs.” While it’s true there is a light at the end of the tunnel, it’s too early to tell where the end lies.
To that point, some data suggests that housing supply and demand will soon take a back seat to cost…
The MetalMiner Best Practice Library offers a wealth of knowledge and tips to help buyers stay on top of metals markets and buying strategies.

Reuters recently reported that building permits declined a full 3.2% back in April. Meanwhile, new home sales dropped 16.6%. Industry experts claim that soaring mortgage rates and increased costs are essentially cutting first-time buyers out of the market.
Considering that inflation upended so many industries, it’s hardly surprising that Americans are cooling on home ownership. The median home price surged 19.6% in the last year. This puts the average cost of buying a house at a whopping $450,600. It’s not exactly what you’d call “starter home” pricing, and it’s not likely to change anytime soon.
But while residential construction may be cooling off, U.S. commercial construction outlooks are  expected to soar. In fact, according to a Dodge Data and Analytics Report, a massive backlog of pre-pandemic projects waiting to break ground remains. Despite rising material prices and ongoing supply chain problems, commercial building continues looking up.
However, DD&A did qualify their prediction with a few stipulations. For instance, the company measures its start data in dollars, not the number of projects. This leaves the analysis open to misinterpretation amid rising inflation.
Still, DD&A remains adamant that the industry is “in the green.” In fact, if it weren’t for supply chain problems, they claim that we’d have a much more dramatic recovery.
Get all the latest market news on metals and other global commodities. Sign up for the FREE weekly MetalMiner newsletter here. 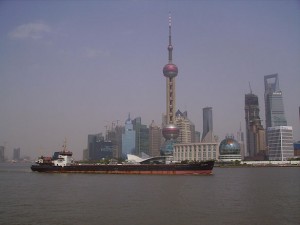 When it comes to the industry’s impact on the global Construction MMI, many experts look to China for answers. There’s no denying that China remains the biggest construction market in the world, worth well over $1 trillion in the U.S. However, the industry has been plagued by COVID-related issues for going on almost three years now.
A recent report published in Business Wire confirmed what a lot of people expected. First, the Chinese construction industry grew by only 2.1% in 2021, the lowest number since 2007. Fortunately, projections for 2022 are more optimistic. In fact, despite ongoing lockdowns and supply chain problems, the industry expects to expand by 4.5% by year’s end.
This is largely due to major government investments in “fixed-asset projects” in energy and transportation. Helping the report is the fact that several major projects broke ground at the end of last year. Among them are the $7.2 billion Wuhan Chow Tai Fook Financial Center and the $4.2 billion Qingdao Shenyuanhai Offshore Wind Farm.

Construction economists at Arcadis recently revised their price forecasts to include inflation of up to 10%, a dramatic increase from the previous assessment of 5%-6%. The organization defended its new figures by citing how Russia’s war in Ukraine affected energy and material availability.
They went on to say that, “projects with a greater exposure to the steel market, including the logistics sector and some infrastructure sectors”, could see even higher inflation – up to 12% or 13%!
Despite all this, The Guardian cited demand for new homes surging all across the U.K. In fact, two of Britain’s biggest house builders, Crest Nicholson and Bellway, reported strong sales throughout Q1. So far, the trend has continued into Q2. Bellway expects to complete more than 11,100 homes before July despite supply bottlenecks. On top of that, the company reports that increased sale prices largely neutralized inflationary costs.


In the U.S., there are indications that the housing market may start to cool off a bit. With the average cost of living soaring around the world, builders may run out of buyers. For now, the industry continues riding the wave. Still, they’re watching closely for signs of lessening momentum.
If you’re responsible for generating metal cost savings, you need to make sure you’re following these five best practices.