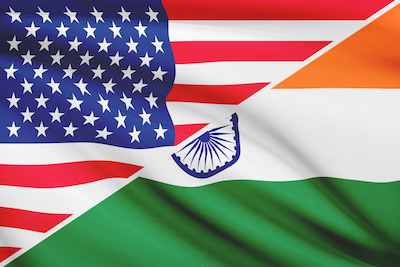 India and the United States may be at loggerheads over the recently announced trade tariffs on the import of metals, but that has not stopped the two nations from talking cooperation in other fields like oil and gas or renewable energy.

On Tuesday, U.S. Secretary of Energy Rick Perry and the Indian Minister of Petroleum and Natural Gas Dharmendra Pradhan co-chaired the inaugural meeting of the U.S.-India Strategic Energy Partnership in New Delhi. This was a meeting following up on the announcement of the tie-up by U.S. President Donald Trump and Indian Prime Minister Narendra Modi in June 2017, in Washington, D.C.

The two countries will jointly look at ways to increase energy security; expand energy and innovation linkages across respective energy sectors; bolster strategic alignment; and facilitate increased industry and stakeholder engagement in the energy sector, the government said in a statement.

The Indian minister was quoted by the news agency Press Trust of India (PTI) as saying that the U.S. and India will pursue four primary pillars of cooperation: oil and gas; power and energy efficiency; renewable energy and sustainable growth; and coal.

A joint statement issued after the meeting reaffirmed the commitment by both sides to an early and full implementation of their civil nuclear partnership, including the planned supply of six Westinghouse reactors for the proposed nuclear power station in the Indian province of Andhra Pradesh. The cooperation in nuclear energy is being pursued through relevant bilateral mechanisms, the Times of India reported.

According to the PTI report, Perry indicated that recognizing the significance of civilian nuclear energy for meeting the growing global energy demands in a cleaner and more efficient manner, India and the U.S. were engaged in the implementation of the 2008 agreement for cooperation concerning peaceful uses of nuclear energy.

It is expected that a task force of U.S. and Indian industry experts will be set up with the mandate to propose, develop and convey policy measures to help India increase the share of natural gas in its economy as part of efforts to reduce its carbon footprint. It is also expected to help promote the strategic and economic interests of both countries.