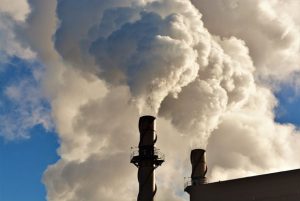 Not surprisingly, the most alarmist headlines were run by the most biased of news channels: the BBC.

Long advocates of left-wing sympathies, the Beeb — as the BBC is affectionately known in the UK — has for many years also been leading the charge on environmental issues. Not that we have any problem with having an environmental conscience — anyone watching the rapid the bleaching of the world’s barrier reefs can’t help but feel a part of themselves die in the process — but we would much rather see the BBC reporting on sound scientific data than listen to them pushing one political angle, like some mogul-backed, partisan media outlet.

So when a BBC article shouts “UK Parliament declares climate change emergency” you expect it is possibly hyperbole. What does the statement even mean, you may ask. Are we about to be inundated by a monsoon, fry in a heatwave, be washed away in a tsunami or blown away in a typhoon?

Apparently desperate to address something other than Brexit, the British government appears likely to commit the U.K. to an even tougher carbon emissions target than it already has — indeed, tougher than any other major economy in the world.

According to the Financial Times, the proposals build on the 2008 Climate Change Act, which targeted reducing emissions by 80% from 1990 levels by 2050. The U.K. is on track to achieve this, having made steady progress in the interim with emission levels falling more than 40% over the last 29 years.

But the last 20% will be the hardest if the U.K. seeks to achieve zero emissions. The rest of Europe has signed up to similar targets, but exempted certain key industries (such as agriculture, aviation and shipping).

It will require a sweeping overhaul of energy use from homes to transport to even what we eat. It involves a pledge to phase out diesel and electric cars by 2040, quadruple energy supplies from low-carbon sources such as renewables and supplement a hydrogen economy where natural gas is currently used (80% of British homes are reliant on natural gas for heating and/or cooking).

Heavy carbon-emitting industries will have to adopt carbon capture technology, which has to date proved less than satisfactory and expensive to operate. Nevertheless, the government has already invested some limited funds in pilot projects and has undertaken to do more.

The tough ones will be aviation (an alternative to fossil-fueled jet engines is a long way off), shipping (which is moving to 0.5% low sulfur fuel but still remains a massive source of carbon emissions) and agriculture, which is probably the worst offender.

There is no known trick of science that stops a cow breaking wind and little that can be done about the acres of corn that need to be cultivated to feed that cow. The Committee on Climate Change acknowledges one of the biggest and hardest changes will be to humans’ diets. More plant-based and less animal- and fish-based protein would have a profound impact on carbon emissions but will take a fundamental shift in the wider population’s habits.

Still, some trends are in favor of the needed changes.

Electric cars are predicted to be cheaper to buy and run than petrol- or diesel-fueled vehicles by 2030 (if not before). Wind power is already said to be cheaper than natural gas, the Financial Times says, providing storage costs to achieve continuity are subsidized, but even that may cease to be necessary as battery technology improves and wind turbine costs continue to fall.

The committee’s report suggests the changes needed, spread over the next 20-30 years, need not be onerous or disruptive to growth; indeed, they may present significant opportunities for new technologies and for the industries that exploit these opportunities.

Whether the world has 30 years, none of us knows. The U.N. says we could have just 12 years to effect change before we reach a point of no return; they may, like the BBC, be trying to promote a project fear agenda to effect change (we really don’t know).

In the meantime enterprising firms have the opportunity to develop new products and services to meet what is already becoming a relentless process of change.