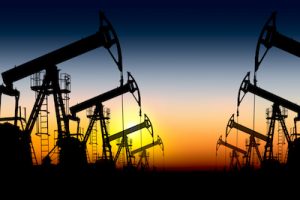 Boasts of a deal between Saudi Arabia and Russia, leaders of the OPEC+ oil producers alliance, to lead cuts in output by 10 million to 15 million barrels per day may have boosted oil prices for the time being.

But talk of a deal is already being called into question, as Russia firmly denies any such deal is in the offing — worse, saying no specific talks have even taken place.

The Financial Times reports comments made by Dmitry Peskov, a spokesman for Russian President Vladimir Putin, who said, “there was no conversation” between Putin and Crown Prince Mohammed bin Salman, adding that none was planned. “So far, no one has started talking about any specific or even abstract deals in exchange for Opec+,” he was quoted as saying.

If President Donald Trump’s tweet was intended to encourage the two leaders to get together, there are signs it may have had some limited effect.

Saudi Arabia’s state news agency said the kingdom was calling for an emergency meeting of OPEC and other oil-producing nations, including Russia, according to the Financial Times. It said it sought to reach a “fair” supply deal, without committing to any cuts.

Clearly, however, the Russians are not yet on board with that initiative.

Interestingly, suggestions are being made in Washington that the U.S. may also play an active part in a deal.

The Texas Railroad Commission and the Oklahoma Energy Producers Alliance have mooted production cuts as one approach to stabilize prices. However, as part of the original objective for Russia and Saudi Arabia was to permanently depress shale oil output, it is hard to see why the U.S. groups would cooperate when their action is having precisely that desired effect.

Within the U.S., Texas oil production is key to any universal output reduction deal, as the state produces 42% of U.S. output the Financial Times reports. 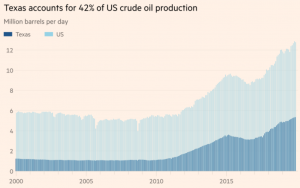 Lobbyists in Washington are saying output restrictions are desperately needed if mass bankruptcies are to be avoided. U.S. shale producers have launched an aggressive campaign in support of sanctions against Saudi Arabia and Russia, the Financial Times reported this week, urging the White House to “compel” them to cut output in order to prop up prices.

Several lines are being pushed by the shale industry, including preventing Saudi crude from reaching Saudi Aramco’s large Motiva refinery in Port Arthur, Texas. Another line is tariffs on foreign oil, with a third being suspension of the Jones Act, which helps make crude shipped by domestic suppliers more expensive than oil delivered on foreign tankers. Although, with oil markets globally awash with oil, it is hard to see how much support this last approach would give to U.S. producers.

“The idea that is gaining the most traction is to target Motiva,” the largest refinery in North America, the paper quoted an industry executive saying. In addition, the Financial Times says shale producers are also urging the White House to consider suspending U.S. military aid to Saudi Arabia and imposing further sanctions on Russian energy — or lifting existing ones, if the Kremlin cooperates – the classic stick or carrot approach.

Whether any of these strategies will see the light of day remains to be seen, but the White House is hosting meetings with oil executives and shale industry representatives to explore options.

Sanctions and tariffs have long been a hallmark of this administration and remain the most likely quick fix — if such a fix exists.

If enacted, they could see some recovery in U.S. oil prices, creating, as with steel and aluminum, something of a disconnect between higher U.S. prices and lower global prices. That may help some shale producers survive, but price levels of around $50 per barrel are needed in the long term for shale oil to be viable and attract investment.

It seems unlikely investors would be willing to support long-term investment in an industry artificially propped up by tariffs or quotas that can be removed at any time.

So, reaching a concerted output cut deal with OPEC+ remains the best option for a sustained improvement in the oil price – if parties with such diverse objectives can be encouraged to agree that a deal is in their common good.