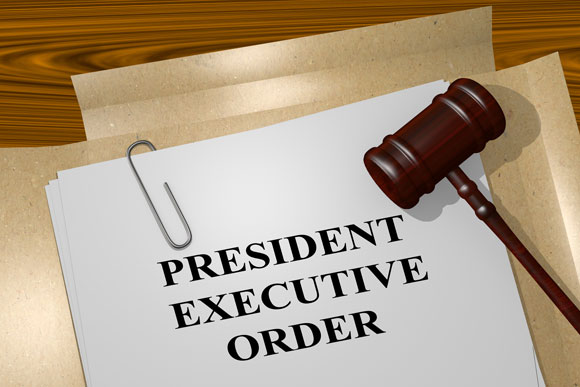 In just over two weeks, President Joe Biden has signed 28 executive orders aimed at a wide variety of issues.

The orders range from Medicaid to the country’s pandemic response to augmenting public health supply chains.

Government plans seeking to increase purchases of domestically produced goods are nothing new.

In July 2019, Trump signed an executive order titled “Maximizing Use of American-Made Goods, Products, and Materials.” In the order, Trump said his administration would “enforce the Buy American Act to the greatest extent permitted by law.”

For all other end products, the percentage would increase to 45%.

Fast forward to 2021 — what does Biden’s executive order on the issue of promoting domestic content in federal procurement?

“The dollars the federal government spends on goods and services are a powerful tool to support American workers and manufacturers,” the Biden White House said in a statement. “Contracting alone accounts for nearly $600 billion in federal spending.”

The Biden order also refers to promoting enforcement of the Buy American Act of 1933 and the FAR.

The order calls on the FAR Council to propose amendments that replace the component test used to “identify domestic end products and domestic construction materials with a test under which domestic content is measured by the value that is added to the product through U.S.-based production or U.S. job-supporting economic activity.”

Furthermore, the order calls for an increase to the “numerical threshold for domestic content requirements for end products and construction materials.”

Establishing the Made in America Office

The director of the OMB, through the Made in America director, will then review agency waiver requests. If they determine a waiver request is not consistent with applicable laws, they will inform the agency in writing. If the agency head disagrees with some or all of the determination, he or she can respond in writing.

Per the order, disagreements are then resolved under the procedures outlined in Section 7 of Executive Order 12866 of Sept. 30, 1993.

The Trump administration developed a website for the publication of Section 232 exclusion requests and rebuttals.

Similarly, the Biden order calls for the development of a website for waiver requests from Made in America laws.

The website will enable manufacturers and other interested parties to identify proposed waivers. Those parties will also be able to see if waivers have been granted, the order reads.

In light of Biden’s executive order, previous Trump orders relevant to Made in America laws have been superseded or revoked.

Furthermore, the Trump order mentioned earlier — Executive Order 13881 of July 15, 2019 (Maximizing Use of American-Made Goods, Products, and Materials) — is superseded on the grounds that it is inconsistent with Biden’s order.

“The Biden Administration is going farther than the Trump Administration—at least when it comes to Buy American executive orders—to prioritize domestic industry in government procurement,” Hontos said. “That position may create tension with Free Trade purists. But it seems consistent with the Middle-of-the-Road, Middle Class, Manufacturing on Main Street approach that Biden campaigned on.”

As for climate, Biden has brought the US back into the Paris climate accord. In addition, he revoked the permit for the Keystone XL Pipeline.

Leaving the permit in place would not be consistent with his administration’s “economic and climate imperatives,” Biden said in an executive order.

As noted earlier this week in the Automotive MMI and Construction MMI reports, Biden’s executive order on the climate crisis also has significant short- and longer-term ramifications for the metals sector.

Biden’s order calls for a zero-emission government vehicle fleet, including for the US Postal Service.

“Despite the peril that is already evident, there is promise in the solutions—opportunities to create well-paying union jobs to build a modern and sustainable infrastructure, deliver an equitable, clean energy future, and put the United States on a path to achieve net-zero emissions, economy-wide, by no later than 2050,” the order adds.

As for clean energy generation and zero-emissions vehicles, Biden’s climate vision also would generate additional demand for critical rare earths like neodymium and dysprosium. Furthermore, as uptake of electric vehicles increases, demand for metals like copper, nickel, lithium and cobalt will increase.