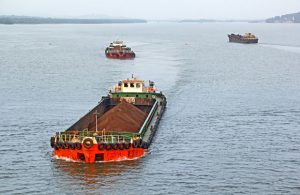 The spike in exports had added to this, creating an overall short supply of around 70 million tons.

Bigger steelmakers, like Tata Steel and JSW Steel, who have captive iron ore mines, are not very affected by the iron ore export situation. However, smaller steel players have witnessed huge losses.

Tata Steel CEO and Managing Director T V Narendran recently said in an interview that the rising prices of steel would not affect the demand in the domestic market. He added that current Indian steel prices are higher if compared with rates a few months back but lower in comparison to international markets.

Last week, India’s largest iron ore miner NMDC hiked the prices of lump ore by about US $100 (Rs 700) per ton.

So how long will China’s bull run last? Analysts have different opinions. Some say with China’s steel production hitting new highs almost every other month, the trend may continue till the end of 2021. Others expect it to end in the next quarter.

The World Steel Organization reported in April that China produced 94 million tons of steel in March, up 19.1% year over year. India’s production rose by nearly 24% to 10 million tons.

US credit rating agency Fitch Solutions forecasts room for further upward movement, even despite prices already rising to record highs. Prices would stabilize from the second half of this year, it added.

One more reason for the surge in iron ore prices vis-a-vis China is the risk of iron ore supply disruption following the suspension of economic dialogue between China and Australia. Australian exports make up over 60% of total Chinese iron ore purchases annually.