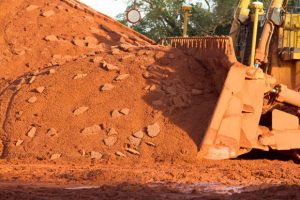 On Monday, miner Rio Tinto announced it had made the first shipment of bauxite from its Amrun mine in Australia, six weeks ahead of schedule.

According to a company announcement, the $1.9 billion investment in the Amrun mine serves to replace production from the depleting East Weipa mine. The Amrun mine is expected to hit its full production rate of 22.8 million tons next year.

“Bringing Amrun online further strengthens our position as a leading supplier in the seaborne market. We have the largest bauxite resources in the industry and are geographically well positioned to supply China’s significant future import needs, as well as supporting our refinery and smelting operations in Australia and New Zealand.

“The Amrun mine will ensure generational jobs for Queenslanders and build significantly on our 55-year history on the Western Cape.”

The first shipment was hailed in a ceremony on the Western Cape York Peninsula, seeing the more than 80,000 tons of bauxite off to Rio Tinto’s Yarwun alumina refinery in Gladstone.

The miner’s announcement came after last week’s announcement of a $2.6 billion investment in the Western Australia Koodaideri iron ore mine, which the miner said will be its “most technologically advanced mine” once completed.

According to a Rio announcement, construction on the mine is set to begin next year, with production expected to begin in late 2021. The mine is expected to have an annual capacity of 43 million tons.

“Koodaideri is a game-changer for Rio Tinto,” Rio Tinto chief executive J-S Jacques said. “It will be the most technologically advanced mine we have ever built and sets a new benchmark for the industry in terms of the adoption of automation and the use of data to enhance safety and productivity.”