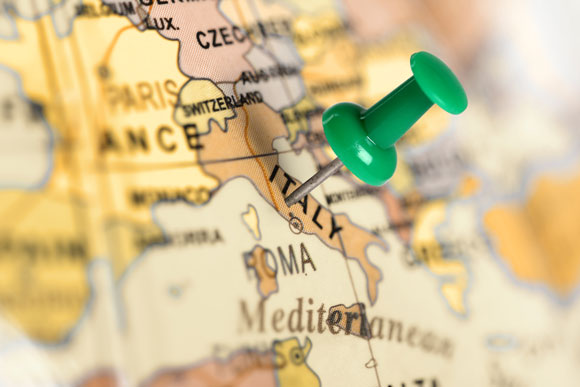 As an example of how often there are no easy answers to the most intractable problems, Italy’s Ilva steel plant, as it was known, is an example of many problems and many solutions — none of them without consequences.

The Taranto plant, situated in Puglia on the heel of Italy’s “boot,” has long been a major source of pollution (specifically, air pollution). Failure to clean up the plant was a major part of previous owner Gruppo Riva’s loss of the plant back in 2014, when the state seized billions of euros in assets from Ilva.

In November 2018, the government agreed to lease the plant for €45 million (about $50 million) a quarter to ArcelorMittal. That was supposed to lead toward an eventual €1.8 billion purchase of the plant years down the road.

In the meantime, ArcelorMittal said it would put €2.4 billion into the plant’s modernization and environmental cleanup and agreed to maintain some 10,700 jobs for five years or to pay a major chunk of those salaries and big fines for any worker laid off.

In return, the government gave the company a major concession in the form of immunity from prosecution for environmental pollution.

On “wind days,” when the wind blows from the northwest and over the city, schools are closed and children required to stay indoors because iron oxide dust from the factory’s waste dumps makes breathing “fresh” air dangerous. Locals acknowledge it used to be even worse before ArcelorMittal arrived and covered the iron ore and coal stores.

Still, every wind day creates dozens of respiratory cases among children attending the local medical facilities, according to The Economist.

Surely, the plant should simply be closed — it is, by any measure, an environmental disaster.

But it isn’t that simple.

Closing of the steelworks would be worth about 1.4% of Italy’s entire economic output, according to a recent study cited by The New York Times.

The steelworks, a sprawling, 15-kilometer plant, is the largest factory in the country’s economically depressed south. If it closes, more than the 10,500 direct workers could lose their jobs, plus many more as the loss of earnings ripples through the community in a region already suffering from acute unemployment.

The country could be saddled with a toxic ghost town, with pollutants seeping into the ground and surrounding sea, The New York Times states.

The Ilva plant is the largest steelworks in Europe, equipped with, but not running, five blast furnaces. Last year, the plant produced just 4.3 million metric tons against a capacity of between 9 million and 10 million tons and a government target of 8 million tons.

The plant is losing money. ArcelorMittal nearly pulled out last year when the briefly powerful minority M5S political party moved to renege on the immunity deal agreed with the steel giant. Negotiations are now ongoing for ArcelorMittal to continue operations and invest following the withdrawal of that threat, but plans to renovate one of the blast furnaces and replace another with an electric arc furnace remain no more than topics for negotiation.

In Italy’s sometimes chaotic political climate and a depressed steel market, billion-dollar investment commitments are easier to talk about than actual enact.

Yet the future health and well-being of Taranto, if not the whole Puglia region, depends on a way through being found.

PREVIOUS POST:
Oil demand is weakening — and with it, the oil price
NEXT POST:
This Morning in Metals: Federal appeals court upholds Section 232 constitutionality