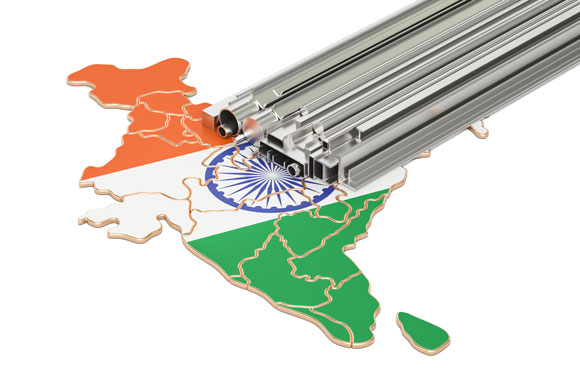 Various agencies have pegged the contraction of Indian steel demand to come in anywhere between 14-18%.

A new report by the World Steel Association has said India’s steel demand would fall by 18% in 2020, even as global steel demand was expected to drop to 6.4% because of the COVID-19 pandemic, the Financial Express reported.

Another estimate by rating agency CRISIL forecasts steel demand will decline by 13-15% during this fiscal year as leading steel companies decide to either delay or altogether shelve their capex plans.

With steel demand expected to decline by 13-15% during this fiscal year, major industry players have decided to either delay or altogether shelve their capex plans. The pandemic, weak financial health and a loss of demand are reasons behind them temporarily halting further investments for over a year, the Economic Times reported.

Much of the downturn was because of the stringent lockdown implemented by the Indian government. The migration of workers back to their homes, coupled with a subdued demand, will ensure a low rate.

In the rest of the world, the World Steel Association said global steel demand would recover by 3.8% to 1,717 million metric tons in 2021.

India’s steel rebound could come from fiscal stimulus that could lead to infrastructure investments, such as railways.

According to CRISIL experts, steel companies were focusing on managing liquidity and cash flows in the near term to tide over an estimated contraction of 60-65% demand in the first quarter of fiscal 2021.

Another ratings agency, ICRA, has estimated India’s steel demand is forecast to contract by more than 20% in fiscal year 2021, SteelGuru.com reported.

This, it said would lead to a “sequential contraction” in operating profit margins across the industry by nearly 300 basis points during the year. Weaker margins, along with reduced domestic deliveries, would most likely deliver a twin blow to the absolute earnings of steelmakers in the current fiscal year.

The consultant will be responsible for development and implementation of an action plan with defined milestones, within a period of one year from the date of signing the contract, according to the Financial Express.