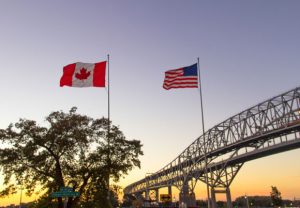 This morning in metals news: the United States Trade Representative announced it would remove the 10% tariff on some Canadian aluminum products; China’s steel producers foresee growing demand throughout the remainder of the year; and iron ore prices are surging.

Are you under pressure to generate aluminum cost savings? Make sure you are following these five best practices!

Add yet another twist to the story of the U.S.’s 10% tariff on Canadian aluminum.

After reimposing the 10% tariff on some Canadian aluminum in early August, the United States Trade Representative announced Tuesday it is once again removing the tariff.

The U.S. originally imposed the tariff via Section 232 in early 2018, albeit initially exempting Canada (and Mexico). However, after the initial exemption period expired, the U.S. began slapping the tariff on imports from Canada.

In May 2019, the U.S. rescinded the tariff as part of ongoing negotiations over the successor to NAFTA. That agreement eventually came to be the United States-Mexico-Canada Agreement (USMCA), which went into effect July 1.

Last month, the U.S. announced it would reimpose the 10% tariff on unwrought, non-alloyed Canadian aluminum — or P1020. The administration cited a rise in imports when announcing the reimposition.

“After consultations with the Canadian government, the United States has determined that trade in non-alloyed, unwrought aluminum is likely to normalize in the last four months of 2020, with imports declining sharply from the surges experienced earlier in the year,” the USTR said in a release Tuesday. “Average monthly imports are expected to decline 50 percent from the monthly average in the period of January through July.”

“Removing these disruptive and unnecessary tariffs on Canadian aluminum was the right decision for the U.S. aluminum industry and its 162,000 workers,” said Tom Dobbins, Aluminum Association CEO and president. “The Aluminum Association and its members support tariff and quota free trade within North America consistent with the recently implemented U.S.-Mexico-Canada Agreement (USMCA).”

According to Reuters, major Chinese steel producers are calling for measures to prevent increases in imports, in addition to purchases of foreign scrap.

Per the report, the China Iron and Steel Association (CISA) forecast steel demand will continue to improve, but inventories will remain high. According to Reuters, China’s steel imports through the first eight months of the year gained 59.6% year over year.

On the back of China’s ongoing economic recovery, iron ore prices continue to rise.

The price of the steelmaking raw material has surged to a six-year high, mining.com reported.