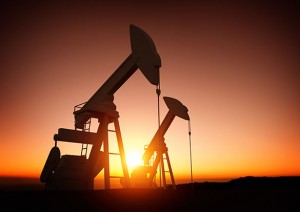 When OPEC+ slashed production by 2 million barrels a day back in April, it was intended as a temporary measure, and the expectation was output would rise again from January.

But the FT reports it is increasingly expected that OPEC will decide to delay the return of output as inventory levels remain elevated, according to Goldman Sachs.

This week’s meeting has been postponed, rumored to be because some OPEC members such as Abu Dhabi are irritated by poor compliance by other members and because Russia, in particular, would like to relax the cutbacks slightly, on a month-by-month basis. Saudi Arabia has therefore called a postponement to the conference call while it seeks agreement away from the glare of the media. Some form of agreement is likely because it is in the interests of none of the members for output to rise and prices to crash again.

As context, Brent crude prices fell below $20 a barrel for the first time in almost two decades in April, and they have averaged just $42 a barrel this year. So they are finishing on a high, but compare this to an average of $64 a barrel in 2019 and $71 a barrel in 2018 — and even current November prices remain depressed, suggesting current price levels remain fragile and an OPEC+ agreement is key to maintaining stability.

Indeed OIlPrice.com reports that shale oil producers are still struggling, and prices for WTI will need to get above $45 for completion of drilled-but-uncompleted (DUC) wells and need to see $55 to drill new wells and complete them, quoting Lynn Helms, director of North Dakota’s Department of Mineral Resources.

Still, with short delivery Brent contracts, those for January delivery, moving back to parity with longer-dated late 2021 contracts, the market is signaling expectation for an earlier pickup in demand than had previously been the case and with it more potential on the upside for oil, than the downside, in 2021.