Glencore Finds Itself Under the Department of Justice Microscope 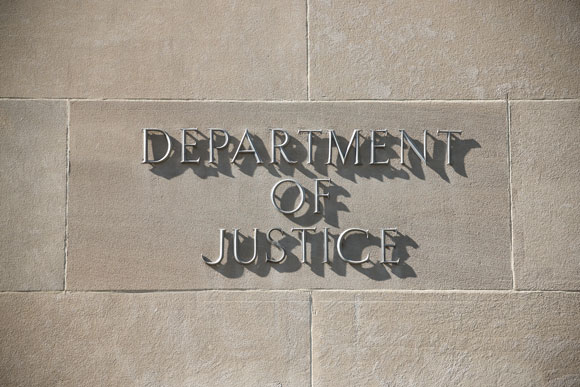 This is not the first time critics have lined up to suggest Glencore is on the ropes, but close to the wind as the trader often sails, the firm will likely find solutions to its current challenges, substantial as they are.

And let’s not belittle the challenges the firm is facing. The U.S. Department of Justice, no less, is investigating the company’s business dealings in the Democratic Republic of the Congo, Venezuela and Nigeria as part of a corruption probe, Reuters reports.

If wrongdoing is proven, then Glencore and its executives could face huge fines or even criminal prosecution under the Foreign Corrupt Practices Act the U.S. is pursuing.

Some have speculated that the DoJ’s action was triggered by Glencore’s announcement that it would settle a case for mining debts with Dan Gertler — a mining billionaire on a U.S. sanctions list — in Euros to avoid the sanctions, which forbid payments in dollars. It is suggested the authorities would have taken a dim view of circumventing the sanctions by switching currencies, even though Glencore claims it had taken advice from the appropriate authorities. 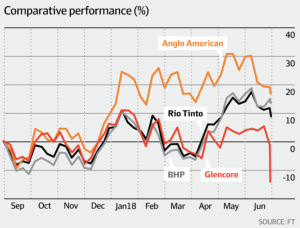 Not surprisingly, the share price reacted negatively to the news, dropping 12% and suffering its worst day in over two years following this week’s announcement of the U.S. subpoena.

The share price is down about 18% this year and was hovering near one-year lows as the company’s share price continues to underperform its peers, despite producing healthy profits and slashing its debts. The company reacted by announcing a $1 billion share buyback. Some critics saw that as an act of hubris, but the announcement helped the share price recover (at least in the short term).

In the longer term, investors will want to see a lower risk profile, but in life you can rarely have your cake and eat it too. Much of Glencore’s success and phenomenal growth has been down to successfully managing a high-risk profile, operating in unstable parts of the world and dealing with less scrupulous regimes in the process. That doesn’t make Glencore unscrupulous themselves, but it does open them up to the attention of authorities keen to ensure such a major corporation is behaving responsibly.

Suggestions that this investigation is the beginning of the end of Glencore are far overdone, but the investigation will prove lengthy, absorbing of management time and has the potential to unearth connections and dealings that the firm may not even be aware of (guilty by association, if you like).

Still, Glencore has been here before and will no doubt weather this storm as it has previous ones.