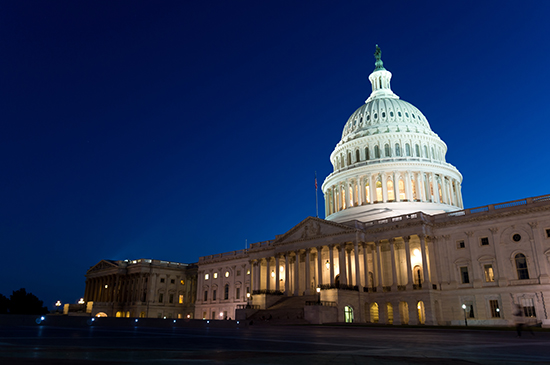 As we head into not just a new year but a new decade, we could be forgiven for thinking we are in much better shape than we were a year ago.

The British have overwhelmingly affirmed their intent to leave the European Union on Jan. 31. While the terms of any deal with Europe will not be known for another year, the firm departure date of Dec. 31, 2020 — with or without a deal — at least suggests we will not have the can-kicking of the last three-plus years.

Meanwhile, America’s trade war with China is showing some signs of thawing. A little progress has been made in terms of a phase one deal, in which the Trump administration refrained from imposing a new tranche of tariffs that was set to start in December and decided to halve its current 15% tariff rates imposed on $120 billion of Chinese products. In return, China is said to have agreed to substantially increase agricultural purchases, a move that would benefit American farmers who have been bearing the brunt of the trade war.

But according to some sources, the phase one deal will be unlikely to contribute to a sharp reduction of tension in their relations because it leaves unresolved some key issues that have been at the heart of the trade war, such as intellectual property rights and state subsidies.

According to The Times this week, America’s stock markets were buoyed in the second half of 2019 by three interest rate cuts in quick succession made by the U.S. Federal Reserve. Since September, the central bank has also injected hundreds of billions of dollars into short-term money markets to ease a squeeze on lending.

Central banks’ ability, however, to add further support in 2020 is limited.

The Fed is expected to possibly add one more rate cut. However, in Europe, rates are at rock bottom or already negative; further fiscal stimulus would have to come from governments, not central banks.

Both Europe and the U.S. would benefit from investment in infrastructure. There are some signs a loosening of the purse strings may occur in the U.K. and the Netherlands, but Germany is the kingmaker (at least in Europe). Although more conciliatory noises have been emanating from the German Federal Ministry of Finance, it seems unlikely Germany is going to boost E.U. growth by dropping its balanced budget policy, however beneficial that would be for both Germany and the rest of the E.U.

Despite comments that China’s manufacturing picked up in November, there seems little doubt growth is slowing in the world’s second-biggest economy.

An article in The Telegraph quotes Fathom Consulting predictions of a real growth rate closer to 4% in 2020, regardless of what the official figures may report. The expectation is China will add stimulus next year in order to sustain growth and avoid recession, but CRU predicts most of the fiscal aid will come from government spending (unlike in 2019, when it came from tax cuts).

In the long run, this wouldn’t be good news because China already has a debt mountain of more than 250% of GDP. Corporate and household debt have soared rapidly and, while not an immediate threat, poses a longer-term risk to the economy as the population ages and the country’s ability to fund that debt comes under strain.

2020 holds a number of risks, but the optimist in us should suggest the November U.S. presidential elections could be a spur to achieve trade solutions with China and Europe that could see less volatility and uncertainty among the major economies.

Risks will remain, but fundamentally the global economy has more positives than negatives.

While some have been predicting an end to the bull market and a looming recession, we remain optimistic that 2020 will see continued growth.

PREVIOUS POST:
This Morning in Metals: U.S. raw steel production up 1.9% in 2019
NEXT POST:
People’s Bank of China eases bank reserve requirements to support the economy