If the new coronavirus, COVID-19, has shown anything — apart from the risks of eating certain types of meat — it is the vulnerability of supply chains.

An Economist article last week explored the impact the virus and the steps taken to manage it are having on global supply chains and, in particular, on those at the end of the chain, including firms like Apple.

The shares of American firms with strong exposure to China have underperformed the S&P 500 index by 5% since early January, when news of the outbreak first broke, the article notes. 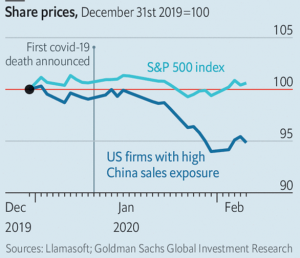 The article identifies three principal reasons why this outbreak could have much more impact than previous epidemics (like SARS in 2003).

The first is big multinationals have focused supply chain strategies almost wholly on reducing cost rather than addressing risk.

In an effort to achieve lean supply chains, they replenish stock on a just-in-time basis.

Despite previous disruptions — such as the tsunami resulting in the Fukushima nuclear accident and the floods in Thailand disrupting electronics and automotive supply chains — damage was assessed relatively short term and insufficient to prompt a fundamental rethink for most corporations.

As a result, it left firms unprepared for a major disruption.

The second vulnerability, the article notes, arises from the fact that giant firms are much more reliant on Chinese factories today than they were at the time of the 2003 SARS outbreak.

China’s share of all exports in textiles and apparel is now 40% of the global total. It generates 26% of the world’s furniture exports and, as regular readers of MetalMiner will know, sucks in a huge percentage of mining imports — 20%, The Economist states — and produces half the world’s output of many metals, from steel to aluminum to copper.

Not only does China play a much larger role, but it also plays a more complex one.

The country has transitioned from being a simple assembler of components made elsewhere to relying on a complex internal supply chain of those components, making regions far from the outbreak of the epidemic highly vulnerable to supply disruption within China. 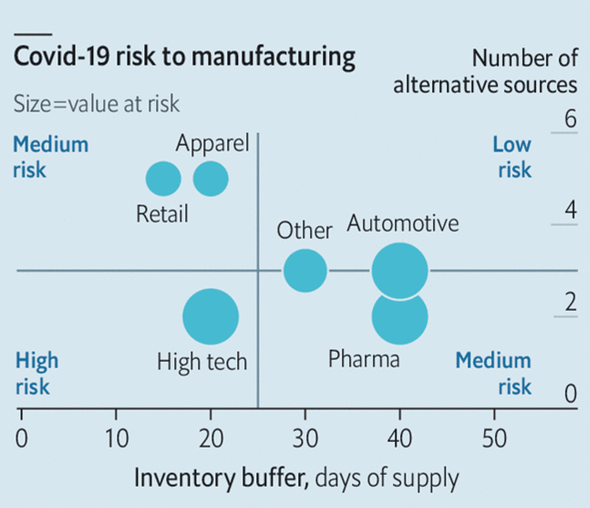 Some industries that have taken this lean approach the furthest are arguably at greatest risk.

The electronics industry is one such example, the article notes. A quarter of the world’s fiber-optic cables and devices come from Hubei province — home to Wuhan, where the outbreak started and which remains in lockdown.

The automotive is another example, not just domestically within China but regionally within southeast Asia. The lack of parts from mainland-based suppliers forced Hyundai to shut all its car plants in South Korea (it is now partially reopening them, the article adds). Nissan has temporarily closed one in Japan, and Fiat Chrysler has warned that it could soon halt production at one of its European factories.

Coming hot on the heels of those shock tariffs, disruption caused by COVID-19 should make CEOs pause for thought and consider not just alternative risk mitigation strategies but, in some cases, even a fundamental rethink on the whole model of what has proved to be risky, extended lean global supply chains.