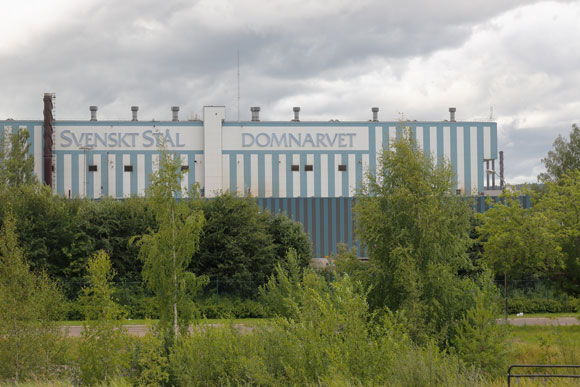 The Swedes had eyed IJmuiden as a potential acquisition target for about a year prior to that, one analyst at the time noted. The acquisition would have offered potential synergies between the two groups, as they produce flat rolled products.

IJMuiden is in a good condition, despite the financial difficulties the plant faced in 2020, the analyst added.

IJmuiden is an integrated plant with two blast furnaces and a convertor shop. The plant can produce 6.5 million metric tons per year of crude steel for casting into slabs and rolling into hot and cold rolled coil. The plant also has a tinning line and can produce hot dipped galvanized and annealed steel.

“The greatest impact of Covid-19 on SSAB in 2020 was from weaker steel markets, therefore we decided to push back the timing of achieving our strategic targets from 2022 to 2023,” SSAB said.

“We introduced several cost savings measurements to counteract the negative effects of weak demand and cut fixed costs by a total of more than SEK 1.6 billion compared with full-year 2019. Market conditions have improved, and we expect good activity during the first quarter of 2021,” the group stated.

The group produces crude steel using pig iron from its single blast furnace on site and casts it into slab at its Luleå plant in northern Sweden. That slab then goes to the group’s Börlange plant, about 850 kilometers further south, for rolling into flat products.

The Oxelosünd plant in southern Sweden also produces steel crude steel from a convertor shop and two blast furnaces. Finished products at the site include engineering and tool steels.

Other SSAB assets are in Finland at Raahe and Hämeenlinna, which come from the Swedish group’s 2014 acquisition of Ruukki.

Raahe produces crude steel, also via blast and basic oxygen furnaces. It casts that into slab for rolling into plate and hot rolled coil. The Hämeenlinna plant produces cold rolled coil, and color-coated strip, along with precision tubes and hollow sections.

Further afield, SSAB has assets in Alabama and Iowa. Each one boasts an electric arc furnace and the two combine for 2.4 million metric tons per year capacity. The two plants each produce plate and hot rolled coil.