German integrated flats producer Salzgitter-Flachstahl has warned its customers of potential delays to deliveries after a lightning strike at the plant impacted steelmaking and rolling operations, a company official told MetalMiner. 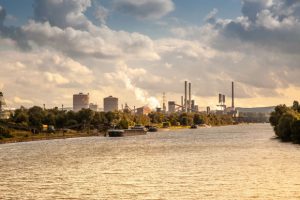 The company sent a letter to its customers on June 9, explaining that a lightning strike at the weekend at a substation on site caused its blast furnace and convertor shops — as well as its hot strip mills — to operate at lower levels, the source said.

The incident completely halted all production for only one hour. However, the aftereffects caused various disruptions that continue to impact operations. Furthermore, the stoppage impacted in digital controls, electrical cable feeds and motors on production lines. In turn, that caused the plant to operate at lower levels, the source said.

He did not say, however, either at what capacity percentage Salzgitter-Flachstahl is now operating or in what areas. He also did not indicate what previous production levels were before the incident.

Necessary time to acquire replacement parts and install them is likely to require several days. Thus, it is not certain when the plant will ramp up production back to previous levels, the source added.

Salzgitter-Fleichstahl is in Lower Saxony State, in northwest Germany. The plant can produce up to 12,500 metric tons per day of crude steel via three, 200-metric ton basic oxygen furnaces. Pig iron comes from three blast furnaces on site with a daily production capacity of 14,000 metric tons.

The plant casts the crude steel into slabs for rolling on one mill into hot rolled coil for manufacture of large-diameter pipes, for use in heat-resistant pressure-vessels. The HRC also serves as feedstock for production of cold rolled coil and subsequently for downstream products. Those products include electrolytic- and hot dipped galvanized coil, information on Salzgitter’s website stated.