Belgian government plans to give loan to Liberty Steel asset

The government of Belgium’s Walloon Region plans to provide a loan to Liberty Steel’s Liberty Liège-Dudelange (LLD) rolling and coating asset while seeking a new buyer for it. The move follows the March collapse of the steelmaking group’s main creditor, Greensill Capital.

“In this context, the company LLD is in the process of judicial reorganization by ‘collective agreement’ (since May 11) and there is a significant risk in the short term that it will not be able to continue its activities,” Walloon Region Vice President Willy Borsus said in a June 3 statement. 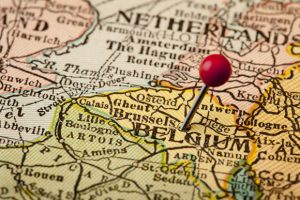 The Walloon government thus plans to propose that the regional investment fund Sogepa issue a loan for the plant so that it can continue operating.

“This proposal from the region is subject to strict conditions which aim in particular to guarantee the full repayment of this loan and to the organization of a sale procedure with which Sogepa must be closely associated. By respecting the conditions set by the Region, the bankruptcy of the company can be avoided,” Borsus’ statement read.

The regional government is also in contacts with members of the Luxembourg government over this issue, Borsus added.

Liberty Steel acquired the plants in 2018. ArcelorMittal reached an agreement with the European Commission to divest the plants in order for it to pursue the acquisition of Italian steelmaker and flats producer Ilva.

Meanwhile, the amount of the prospective loan is not clear. Sources at the Walloon government’s offices in Namur and at Sogepa were unavailable for comment.

One industry source described the Walloon government’s intention as “intelligent, otherwise LLD would simply not survive.”

He also noted that LLD was unable to receive substrate for coating from other producers without pre-payment. End users, in turn, do not want at this time to acquire finished products from LLD over concerns they would not receive them, the source stated.

Also in Belgium, Russia’s Novolipetsk Steel (NLMK) has started a €30 million ($35.8 million) modernization of the four-stand rolling mill at its Clabecq flats roller.

Work will include a new descaling system. In addition, the work includes new accumulators for the pump room, installation for which will be complete in Belgium’s summertime, NLMK stated.

Clabecq can produce up to 750,000 metric tons per year of plate in 3-120 mm gauges with slab from NLMK’s main plant in Russia at Lipetsk. The plant is approximately 450 kilometers south of capital city Moscow.

The Belgian plant is part of NLMK Europe Plate, which also has a plate rolling mill in Denmark and in Italy.

PREVIOUS POST:
Aluminum deficit may swing to surplus later this year
NEXT POST:
This Morning in Metals: US steel capacity utilization rises to 82.9%