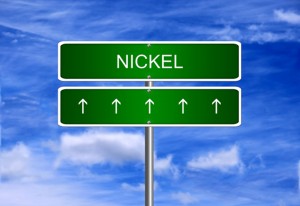 LME nickel prices hit $13,200 per ton last Wednesday, the highest level since June 2015 before investors took profits and the price fell back a touch to $12,870 per metric ton.

Prices were led higher by the ShFE, where stock have fallen to 48,920 tons from over 90,000 tons just a year ago — and consumers are worried about a supply squeeze, Reuters reports.

The Philippines’ ongoing environmental campaign has perpetuated the closure of four key nickel mines in the Zimbales region, according to Wilfredo Moncano, the director or the Philippine mines and geosciences bureau. Moncano said “no extraction, no new mining activities, what’s only allowed is hauling up ores for their stockpiles,” according to Reuters.

The supply squeeze story has been exacerbated by news that Sumitomo Corporation has suspended output from its mine in Madagascar following a cyclone.  Not surprisingly, investment funds are at increased net long positions on the NME and SHFE, with LME positions doubling from early November. LME nickel stocks are still substantial at 368,292 tons, but are down from levels above 470,000 tons in June 2015; however, they’re at double the levels seen in May 2013.

Although nickel prices have pulled back on profit-taking, many are still betting the price could move higher as the market is in deficit. Any supply-side disruption is seen as an opportunity to squeeze supply in the face of continued robust demand.

Nickel supply, however, has picked up.

Current short-term issues accepted, according to Fast Markets, Indonesia had awarded quotas for the export of over 20 million tons of nickel ore after its export ban was relaxed early last year. Only a small portion of this, however, has been shipped. The bulk of 2017 quotas are still to be exported.

The incentive for both miners and authorities is to resolve the current environmental stumbling blocks. Exports are expected to pick up. There should also be nickel pig iron smelters being established in Indonesia in 2018, creating more plentiful NPI availability in the market.

Under the circumstances, the recent $13,200 price spike may, if not prove to be a peak, at least come to be in the upper range of what will remain a volatile market until supply concerns ease.