This Morning in Metals: Steel Imports Down 10.6% Through July 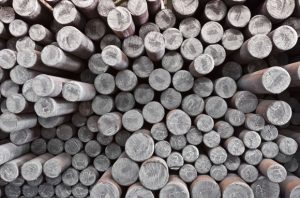 This morning in metals news, U.S. imports of steel are down 10.6% for the first seven months of the year, U.S. Steel plans to idle its East Chicago plant, and China will raise tariffs on imports of copper scrap and aluminum scrap from the U.S.

The U.S. imported an estimated 3.03 million tons of steel in July, which marked a 48.3% increase from the previous month.

U.S. Steel announced it will idle its East Chicago plant by mid-November, CNBC reported, which could lead to 150 layoffs.

Shares of U.S. Steel fell 5.3% on Friday, according to the report.

As trade tensions between the U.S. and China drag on with no apparent end in sight, China announced it will raise its tariffs on imports of U.S. copper scrap and aluminum scrap, Reuters reported.

China will add an extra 5% to existing tariffs on the scrap metals effective Dec. 15, according to Reuters.