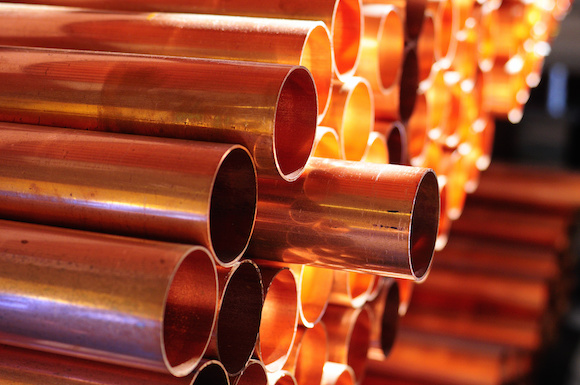 The 2017 calendar year saw copper heat up in a big way.

Need buying strategies for copper in 2018? MetalMiner’s Annual Outlook has what you need

Not surprisingly after a strong run, the metal tracked back a bit in the early days of 2018, as our Irene Martinez Canorea wrote in her Copper Monthly Metals Index (MMI) Report earlier this month. LME copper opened the year at $7,180.50, and closed Jan. 17 at $7,045. 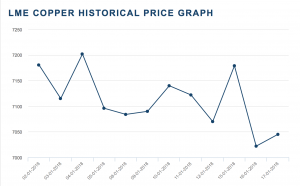 LME copper has tracked back slightly in 2018. Source: lme.com 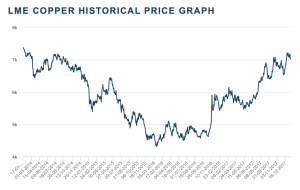 Obviously, copper has been trending up. Whether it can continue to maintain that pace remains to be seen, but we can look to 2018 and what is in store for the metal on a macroscopic level.

In that vein, the Copper Alliance posted its list of the top five copper trends for 2018.

The Alliance cites the following as the biggest trends: growth of the electric vehicle (EV) market, water delivery challenges around the world, rising electrification, renewable energy and the rise of “resilient buildings.”

The common denominator here? Copper is going to be marked by a tinge of green, not just in 2018 but in the future thereafter.

If you’re doing the math at home, that would mean an 840% rise in copper demand for EVs. We are still not quite in a world where traditional combustion engine vehicles can be tossed aside for AVs; nonetheless, there’s no doubt copper has a notable role in tandem with the imminent rise of EVs.

The list touts copper’s efficacy as piping for water transport, as opposed to lead.

“As a durable, reliable, and long-lasting metal, copper is particularly useful in the construction of water pipe infrastructure,” the list states. “It is also impermeable and prevents contaminants such as petroleum, insecticides, and fertilizers from polluting the water system.”

Copper will also have a big role in all things renewable, the Alliance’s list argues.

Copper will also play a part in so-called “green construction,” as the Alliance cites China and the European Union’s efforts to promote building sustainability as evidence of copper’s growing importance.

“The applications of copper in building construction are nearly endless,” the list says. “Some of the uses include roof and wall cladding, flashing, gutters and downspouts, wiring, plumbing, heating systems, ventilation, and design elements.”

What About Union Contracts?

Although this one wasn’t included on the list, it is something for copper watchers to monitor in 2018: labor negotiations.

A number of copper union contracts in copper giants Peru and Chile are up for negotiation — if enough of those hit an impasse, it could put a squeeze on supply and, thus, push prices upward.

Some labor disputes have been resolved in recent weeks — like at Lomas Bayas and Quebrada Blanca — but strikes can hit at any time.

Want to a see copper price forecast? Get two monthly reports for free!

Cochilco, Chile’s state copper mining commission, raised its average 2018 copper price forecast from $2.95 to $3.03, Reuters reported, based on the possibility of supply disruptions.