This Morning in Metals: Rusal Metal Pulled from LME, CME 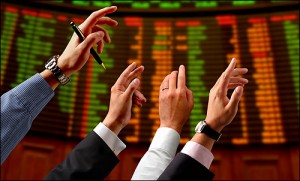 This morning in metals news, Russian aluminum giant Rusal saw its shares pulled from global indexes and its metal disallowed from the London Metal Exchange and CME Group, one analyst says Russian aluminum will find its way to market in some way and the Chinese iron ore price dropped Wednesday.

On the heels of U.S. sanctions, Russian aluminum giant Rusal will be removed from global equity and debt indexes, Reuters reported.

In addition, its metal will be disallowed from the LME and CME Group.

Despite sanctions, Russian metal exports — for example, from companies like the aforementioned Rusal — will find a way to market, according to Paul Gait, an analyst at Sanford C. Bernstein, as reported by Bloomberg.

Sanctions on Russian companies will lead to a reshaping of trade flow. Gait argued that short term, the metal supplies will be impacted, but that it is unlikely the Russian supply will remain idled for long.

Concerns about falling steel margins contributed to a drop in the price of Chinese iron ore, Reuters reported.

On the Dalian Commodity Exchange, the most-traded ore fell 0.7% to 447.5 yuan per ton, down from a one-week high of 461 yuan per ton reached during the day, and down from the day’s opening price of 452.5 yuan per ton.