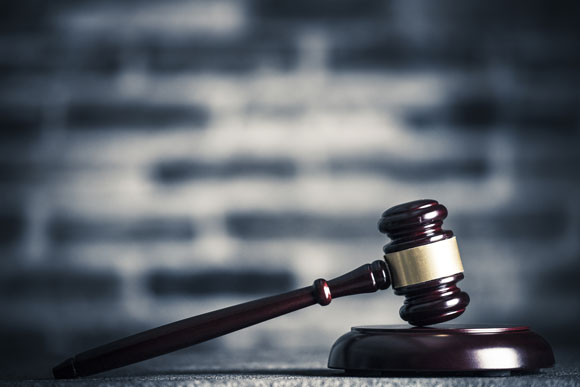 The Trump administration scored a trade win in a ruling by the U.S. Court of International Trade (CIT) on Monday, as the three-judge panel rejected a challenge to the constitutionality of the Section 232 statute that yielded duties on imported steel and aluminum last year.

The Trump administration’s imposition of tariffs on steel and aluminum imports last year rocked the metals world. The tariffs came about pursuant to Section 232 of the Trade Expansion Act of 1962, which affords the president the authority to adjust import levels of certain products if they are deemed injurious to the U.S.’s national security.

Ultimately, the Trump administration imposed duties of 25% and 10% on steel and aluminum imports, respectively. In addition, the Trump administration last year launched a Section 232 probe vis-a-vis imports of automobiles and automotive parts, a case which is still pending (last month, Secretary of Commerce Wilbur Ross submitted a report to the president related to the probe, as mandated by the statute).

Members of Congress in recent months have put forth bills calling for the limitation of the president’s authority over Section 232.

Well before that, however, in June 2018 the American Institute for International Steel (AIIS) — and two of its member companies, Sim-Tex, LP, of Waller, Texas, and Kurt Orban Partners, of Burlingame, California — filed a lawsuit challenging the constitutionality of the president’s Section 232 authority.

“Unlike most cases brought against actions of the Trump administration, it is Congress—through its delegation of unfettered discretion to the President in this statute—and not the President that is the violator of the Constitution,” said Alan Morrison, lead counsel for the plaintiffs, last year. “The President simply took advantage of the opportunity to impose his views on international trade on the American people, with nothing in the law to stop him.”

However, the three-member CIT panel ultimately ruled differently in its opinion Monday, denying the plaintiffs’ motion for summary judgment and arguing Congress’ delegation of the authority vested in Section 232 marked an appropriate delegation of an “intelligible principle.”

The opinion cites a 1928 case, J.W. Hampton, Jr., and Co. v. United States, which established that “[i]f Congress shall lay down by legislative act an intelligible principle to which the person or body authorized to fix such rates is directed to conform, such legislative action is not a forbidden delegation of legislative power.”

In addition, the “intelligible principle” concept established, in these cases, the president as  “the mere agent of the law-making department.” In other words, the president is, in theory, the conduit for the will of Congress.

The opinion continued, noting that “no act has been struck down as lacking an intelligible principle” since 1935 (prior to that year, two statutes had been revoked on grounds they lacked such a principle).

The plaintiffs pointed to the 1976 case Fed. Energy Admin. v. Algonquin SNG, Inc. — related to imports of foreign petroleum — in which Section 232 was also the point of contention, arguing “the legal landscape of judicial review of presidential decisions involving implementation of federal statutes has changed markedly” since that ruling.

In the Algonquin case, the Supreme Court ruled in favor of the Federal Energy Administration, arguing that even if Section 232 “is read to authorize the imposition of a license fee system, the standards that it provides the President in its implementation are clearly sufficient to meet any delegation doctrine attack.”

In an opinion by Judges Claire R. Kelly and Jennifer Choe Graves, the judges acknowledged the gray areas living within the statute but ultimately leaned on the precedent of Algonquin.

“One might argue that the statute allows for a gray area where the President could invoke the statute to act in a manner constitutionally reserved for Congress but not objectively outside the President’s statutory authority, and the scope of review would preclude the uncovering of such a truth,” the judges argued. “Nevertheless, such concerns are beyond this court’s power to address, given the Supreme Court’s decision in Algonquin, 426 U.S. at 558–60.”

Judge Gary S. Katzmann also agreed to reject the plaintiffs’ case, but in a separate opinion expressed reservations and left the door open for future consideration of the issue.

“In the end, I conclude that, as my colleagues hold, we are bound by Algonquin, and thus I am constrained to join the judgment entered today denying the Plaintiffs’ motion and granting the Defendants’ motion,” Katzmann wrote. “I respectfully suggest, however, that the fullness of time can inform understanding that may not have been available more than forty years ago. We deal now with real recent actions, not hypothetical ones. Certainly, those actions might provide an empirical basis to revisit assumptions.

“If the delegation permitted by section 232, as now revealed, does not constitute excessive delegation in violation of the Constitution, what would?”

The American Iron and Steel Institute (AISI) released a statement Monday applauding the ruling by the CIT.

“Today the CIT rightly affirmed our strong belief that the constitutional challenge to the Section 232 statute was and is without merit,” said Thomas J. Gibson, president and CEO of AISI, in a prepared statement. “This lawsuit was theatre by the importers, designed to divert from the real issue which is that unfairly traded foreign imports had a disastrous impact on the steel industry, creating a real threat to our national and economic security.  The president’s bold trade actions have now helped the industry gain some momentum, and today’s CIT decision builds on that momentum.

“We have consistently maintained that Congress acted within its constitutional authority when it authorized the president to take action to adjust imports, when the Secretary of Commerce has determined that such imports threaten to impair the national security. We are pleased that the CIT has agreed.”

Meanwhile, in its own reaction Monday, the AIIS said it would appeal the ruling and was “heartened” that the CIT “recognized that section 232, in the court’s words, ‘seem[s] to invite the President to regulate commerce by way of means reserved for Congress.’”

“Unfortunately, the court also found that a 1976 Supreme Court decision foreclosed closer review of the merits of our constitutional claim by the CIT itself,” the AIIS continued in its statement. “But we remain convinced that, as one of the judges wrote today in a separate opinion, ‘it is difficult to escape the conclusion that the statute has permitted the transfer of power to the President in violation of the separation of powers.’ We are appealing immediately in order to continue making that argument.”

PREVIOUS POST:
This Morning in Metals: Shanghai Copper Price Plunges
NEXT POST:
Despite Poor Forward Indicators, Copper is on a Roll