Are LME Cobalt Futures on Track for a Record Volume Year?

Interest in cobalt increased recently as the price fluctuated widely during the past year.

One reason for the increased interest comes from the metal’s uses in advanced applications, such as in aerospace and biotech. Interest also surged due to cobalt’s use in electric vehicle (EV) automotive battery production.

In addition to strong demand, the supply portion of the cobalt story has also spurred price volatility. Cobalt comes from the Democratic Republic of the Congo (DRC), where a majority of the world’s cobalt is mined.

In this analysis, we take a look at the dynamics of the established LME cobalt contract to see if it offers a suitable hedge for industrial cobalt buyers. The LME Cobalt FM contract does not yet have a long enough track history to warrant analysis, as the price has stayed flat since the contract’s launch.

LME Cobalt Contract May Offer a Hedge Against Pricing Volatility

Based on the long-term price trend for the contract, prices fluctuated in keeping with press reports on general market conditions for cobalt pricing: 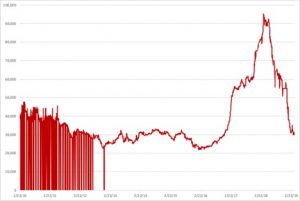 Price fluctuations may indicate enough volume and interest behind the scenes are creating pricing dynamism.

Let’s take a closer look at the underlying trade dynamics. The vertical lines early in the timeline suggest a lack of trading activity on some days and, therefore, no reported closing price.

After some occasional volume spiking in the contract’s early years, trading increased again, especially around November 2016: 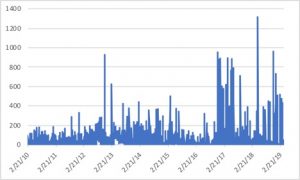 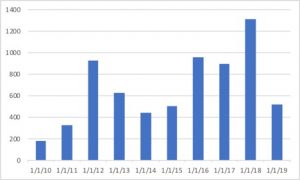 This chart shows both volume and price together on a monthly basis: 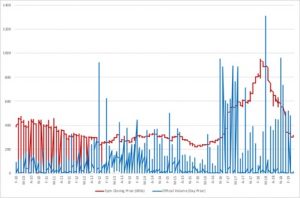 Even though prices fell since their peak last year, contract trading volumes remain relatively high (although not quite as high as at other points).

Open interest in the contract recently flattened out, which appears as a contrary indicator compared with the increased dynamism of pricing and volumes: 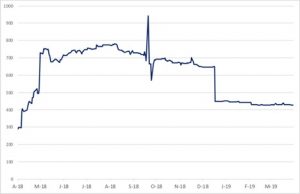 Interest in cobalt price discovery continues to grow due to new uses for the metal combined with recent wide price fluctuations.

So far, it’s early days for the contract and prices appear flat. The price for this new contract, however, uses the arithmetic  average of Fastmarkets’ twice-weekly price for the currently expiring contract month.

What Does This Mean for Industrial Buyers?

Given the increasing volatility of cobalt prices during the past year, industrial buyers may want to consider adding the existing metal-based LME cobalt futures contracts to the mix of buying strategies.

Buyers of cobalt looking for a price hedge mechanism could consider tracking the LME Cobalt FM contract as well. However, like most newly introduced futures contracts, it may take some time until the efficacy of the measure becomes validated through active trading and dynamic pricing.