This Morning in Metals: Australia PM Says Aluminum Exports to U.S. are Fair 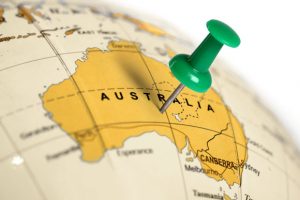 This morning in metals news, Australian Prime Minister Scott Morrison said the country’s aluminum exports to the U.S. are fair, China’s Baowu Steel is acquiring a majority stake in rival Magang and the USTR announced an extension related to duties imposed on Chinese goods.

Australian Prime Minister Scott Morrison said his country is sticking to its deal with the U.S. over aluminum exports, Reuters reported. The assurance comes on the heels of a report by The New York Times stating President Donald Trump considered imposing new tariffs on Australia.

Baowu ranked as the world’s second-largest steelmaker in 2017, according to World Steel Association data cited in the report.

The United States Trade Representative released a notice Friday that it would release a notice on the Federal Register related to an extension for the time Chinese goods have to enter the U.S. before they are subject to a tariff rate increase (from 10% to 25%).

“Covered products that were exported from China to the United States prior to May 10, 2019 will remain subject to an additional 10 percent tariff if they enter into the U.S. before June 15, 2019, the USTR said in the release. “Originally, the deadline to enter the U.S. before the goods would be subject to an additional 25 percent tariff was June 1, 2019.

“This limited extension will further account for customs enforcement factors and the transit time between China and the United States by sea.”