by Sohrab Darabshaw on September 9, 2020 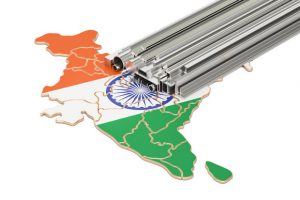 The Indian aluminum sector, which once stood firmly on the path of growth, today finds itself buffeted by the winds of uncertainty because of the COVID-19 pandemic.

Industry leaders have suggested many measures to the India government to put the sector back on track.

Are you under pressure to generate aluminum cost savings? Make sure you are following these 5 best practices!

Uppermost on the list is a request to allow an export scheme for aluminum without any cap on the total exports.

The Engineering Export Promotion Council (EEPC) of India recently wrote to the Commerce Minister to continue with the Merchandise Export from India Scheme (MEIS Scheme) without any limit on the aluminum exports. The change would help the sector survive the current crisis situation, the Council argues.

Floated last year, the government trimmed the MEIS in the fiscal relief package recently extended to exporters. The government found it “unsustainable.”

The view is that, in general, the MEIS had failed to boost exports and capture new markets.

Writing in the Financial Express, Gopalan said shrinking the MEIS had hurt the Indian aluminum industry, as the industry had to continue to rely on exports because of weak domestic demand. As such, so, the government had to support aluminum exports.

The only option left for the industry to sustain itself in these times of the pandemic is to export aluminum products, Gopalan said. As such, the decision to suddenly stop the MEIS, he felt, could have “a debilitating impact” on exporters’ ability to survive under current difficult conditions. Gopalan felt it would hurt exporters that work on long-term contracts.

Despite robust domestic demand and sufficient domestic aluminum capacity, India imported 60% of the aluminum it consumed. The result of this forex outgo, according to Vice-president R.L. Mohanty.

Domestic primary aluminum producers — such as Hindalco Industries and the Anil Agarwal-led Vedanta Ltd — are already working with the government at three levels: primary aluminum, scrap and downstream products. They have been asking the government to implement remedial measures, such as anti-dumping and anti-subsidy duties, the Business Standard reported.

Hindalco, the world’s largest aluminum rolled products manufacturer (especially in beverage cans and auto body), recently acquired Aleris. With this move, the company can now produce aerospace-grade aluminum sheets. It is also focusing on building capability in India to be part of the India growth story.

But experts fear that the COVID-19 crisis, coupled with the new government policies, could derail this growth story.