The market’s reaction to the U.S. presidential election results so far 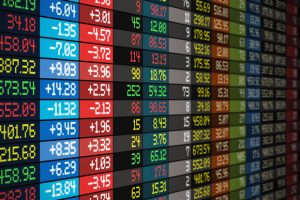 Markets are sharing wider society’s caution today, as early results show the U.S. presidential election result is in the balance.

Against some predictions, the incumbent has held on to Florida and thereby kept himself firmly in the running. Other swing states may not see results for 24 or even 48 hours. Postal votes received before closing are gradually being counted.

What would a win, either way, mean for commodity markets?

The dollar’s reaction and metals

Firstly, metals are likely to react more to a weakening or strengthening of the dollar than the eventual winner of the White House.

The incumbent’s previous promise to rebuild the U.S. economy came to relatively little over the last four years. So, with a pandemic to contend with, the outcome is unlikely to make any dent on consumption in a second term.

Meanwhile, the challenger does not look like he will secure the sweep of both houses of Congress for which he had hoped. As such, the prospects of him fully implementing his $2 trillion “green energy infrastructure” initiative are looking challenging.

Implementation of such a plan could have boosted demand for metals if implemented in full. If not, then China remains the dominant demand driver for industrial metals. A narrow win either way is unlikely to significantly alter that reality.

Oil, on the other hand, could see support from a win by the incumbent.

Not because it would cause a great boost to demand but because the “other guy” is seen as softer on Iran and more likely to ease sanctions. The thinking goes that would result in an increase in Iranian oil on the world market and potentially flip the market back into surplus. Investors are already fearful, as rising infection rates in Europe and the U.S. raises the prospect of depressed travel and consumption this winter.

The Fed probably has more of an influence on precious metals than either contender.

Recent gold strength has been on the back of the U.S. yield curve. Support for platinum-group metals (PGMs) has been coming from a recovery in automotive output particularly in China.

It seems likely neither candidate will get a clean sweep of both houses or a strong personal mandate. Despite polls showing Biden had a 6+ point lead, it doesn’t appear to be reflected in results at the ballot box so far.

While some volatility is likely the takeaway so far, give things a week or two and commodity markets at least are likely to be back to business as usual.

How we all feel about the final outcome will depend on your personal preference for the next four years.

Markets, however, will likely be less worried than we are.