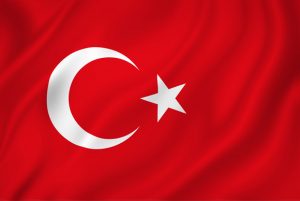 Turkey has mainly rolled long products, either with local billets cast from electric arc furnaces produced on site or from imported billets.

Steelmakers there have started to evolve over the past decade.

One such example is the OYAK Group’s Mining Metallurgy branch with its integrated flats producers İsdemir, in south central Turkey’s Hatay Province, and the Erdemir plant in the country’s north.

Besides more than doubling its crude steel capacity by more than double to 5.3 million mty from 2.2 million mty under a modernization program that İsdemir undertook starting in 2004, the plant also commissioned a 3.5 million mty hot strip mill in 2008 that can roll product in 1.2-25 mm gauges.

That plant had previously cast billets and rolled wire in coils since its 1975 commissioning.

Istanbul-headquartered Çolakoğlu also branched out from long products in 2010. The company commissioned a hot strip mill following its investment in 2007 of a new melt shop and installation of slab caster.

Increases have not only occurred amongst flats producers, but also amongst longs.

Kardemir added capacity by blowing in a new blast furnace in 2015 with a 1.2 million mty pig iron capacity. The addition took the plant’s total to 3 million mty, even though it produces long products.

The introduction of a 25% import duty on steel imports into the country over the past 5-6 years for finished as well as semi-finished products, except in the case of re-exports, boosted demand from the internal market.

That demand has gone into the auto sector and white goods, whether that is domestic or foreign companies setting up shop in the country, market watchers said.

Multinational white goods producer Arçelik has sites in various points around the country for production of refrigerators, washing machines and other kitchen goods under various brand names.

Welded pipes are also another target for flat-rolled products in Turkey.

Besides making various pipes in various diameters for export, several pipe mills in the country also produce large-diameter pipe, the minimum diameter for which is 406 mm.

Azerbaijan and Turkey also announced on Dec. 16, for example, that they signed a memorandum of understanding for construction of the 160 km Iğdır-Nakhchivan natural gas pipeline. The pipeline which have a 500 million cubic meters per year capacity, one report stated.

The most recent among them is the European Commission’s finding that Turkey’s exports into the European Union constituted dumping.

On Dec. 17, the European Commission announced provisional anti-dumping measures of 4.8-7.6%, likely from January, on Turkish hot-rolled coil coming into the European Union.

The size of the anti-dumping measures is contingent on the producer, the European Commission indicated.

The decision by the European Union’s executive arm comes after it began an anti-dumping investigation in May against the steel products. The probe follows a complaint originally filed in March by the European Steel Association (Eurofer).

Previous buyers of Turkish HRC also face the imposition of retroactive duties, as they had to start registering imports of the flat rolled product in November.

Turkish steel is also subject to the U.S.’s Section 232 tariffs, which is 25% for steel imported into the U.S. from most countries.

In addition, the U.S. government in 2019 terminated Turkey’s preferential trade status, which exempted some steel products from the tariffs.

The government at the same time halved the tariffs back to 25%, after putting them up to 50% in order to put pressure on Ankara over several political issues.