Home | Company News | China Molybdenum to invest $2.5B at Tenke Fungurume mine in DRC
Industry News

China Molybdenum to invest $2.5B at Tenke Fungurume mine in DRC

Demand for cobalt is rising globally because of its use in electric vehicle batteries.

As such, China Molybdenum (CMOC) is planning to invest as U.S. $2.51 billion to further augment output from its Tenke Fungurume mine in the Democratic Republic of the Congo (DRC), Reuters reported, citing the company’s announcement.

China Molybdenum to make $2.5B investment in DRC 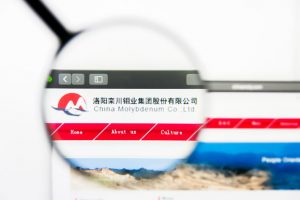 CMOC is the second-largest global cobalt feedstock producer after Switzerland’s Glencore. Its TFM mine producing 15,400 tons of cobalt & 182,600 tons of copper in 2020.

News agency Reuters reported the Chinese firm had stated in a filing that the investment will go toward building three ore production lines. As a result, average annual copper output at the mine would rise by 200,000 tons. In addition, cobalt output would rise by 17,000 tons.

The company expects to complete the project and put into production in 2023.

According to a statement put out earlier by the company, the TFM mine had started trial production on July 16 this year.

“In Q1 2021, the Company completed investment of RMB684 million in capital projects, up 37% year-on-year, including in the expansion projects both at TFM in the DRC and NPM in Australia that are planned to be put into production in Q2, upon completion of which further release of production capacity and continued efforts in cost optimization will render the Company a better position to capture the upsides in metal prices and achieve stronger profitability,” China Moly said in its Q1 2021 results report.

Currently trading at around U.S. $50,000 a ton, cobalt is a critical component in electric vehicle batteries. EV sales will likely continue to rise in the coming years as the world strives to reduce carbon emissions.

A world leader in cobalt production, the DRC has created an entity called EGC to buy artisanal cobalt from the country’s miners and sell it to unregulated middlemen.

The battery materials market has been growing at a rapid pace over the last few years.

The increase in the usage of lead-acid and lithium-ion (Li-ion) batteries, plus a surge in demand from the consumer electronics and automotive industries, are some of the major driving factors of the global battery material market.

PREVIOUS POST:
Stainless MMI: Strong stainless demand to continue into 2022
NEXT POST:
This Morning in Metals: Producer Price Index for final demand up 1.0% in July