The global shipping market has been a depressing topic to report on this year.

We have posted two or three updates on the state of play over the last eight months, each time expecting the situation to improve. Depressingly, by the time we come back to it, it has, if anything, gotten worse. 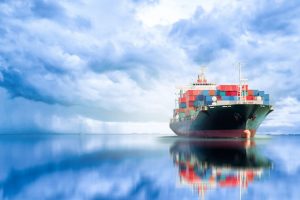 Freight rates have soared since the beginning of the year. Port congestion has increased and container availability has decreased. Shipping line shutouts have become a common feature.

This comes on top of an earlier closure of Yantian port in Shenzhen for about a month from late May. That closure led to goods backing up in factories and storage yards. Furthermore, it added to congestion at neighbouring ports.

Rising COVID infections are resulting in increased congestion at China’s top two container ports, Shanghai and Ningbo. There are reportedly about 30 vessels queueing outside just one container terminal in Shanghai.

Meanwhile, a shortage of hauliers and high levels of port congestion are causing shipping lines to skip some port calls in Europe and to extended delivery times even after vessels are unloaded. This month, containers in the U.K. have been delayed at the port for up to two weeks before they could be delivered to their destination due to an acute shortage of road haulage drivers. The same problem across Europe is causing delays, not just between the U.K. and Europe, but also within the European continental market.

Depressingly, there seems little likely to improve the situation this year.

Demand is already ramping up ahead of the Christmas seasons. Retailers stocking early for Black Friday, Thanksgiving, and Christmas are adding capacity pressures to an already chaotic logistics market.

Consumers should be prepared for the possibility freight rates may rise even further and delays become even more extended as the second half of the year unfolds.