Europe Has the Potential to Develop Domestic Lithium Sources 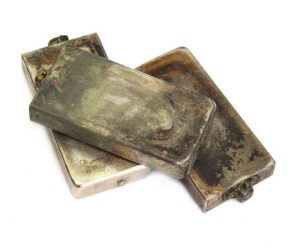 We normally associate Cornwall in England with scones and cream teas … or, if we are really metal nerds, we associate the sometimes sunny southeast country of the British Isles with mining (particularly with tin mining).

The area dominated with igneous morphology has been mined since Roman times for tin, copper and a number of other metals.

But one metal, not surprisingly, that has never featured is lithium. I say “not surprisingly” because up to the end of the last century, it barely featured as a metal of value.

Nickel metal hydride batteries dominated the small appliance world and lead acid still served the rest. This century has seen an exponential growth in the use of lithium-ion batteries, from iPhones to electric cars to massive storage barns. The growth has been such that fears are mounting of a market shortage in the next decade, fueled in no small part by state support for electric vehicles (EVs) in Asia.

In fact, so urgent has the situation become that Chinese and Japanese battery makers are quietly buying into or buying up lithium deposits around the world to ensure they have secure supplies.  Currently, Europe consumes around 25% of the world’s lithium, but is dependent on imports from Australia, Chile, Argentina and China.

Europe has been rather slow out of the blocks — European carmakers have ambitious plans to roll out an EV model for every one of their ranges by the end of this decade, but they have little or no security of supply over the raw material supply chain. Two AIM-listed companies are seeking to change that and create Europe’s first continental supplies.

In Cornwall, Cornish Lithium has partnered with the state-backed Satellite Applications Catapult to use satellite imaging to detect the signatures left by lithium deposits deep underground. Lithium is present in brines deep underground, up to 1 kilometer underground, according to a Telegraph article. Cornwall Cornish Lithium hopes the survey will identify economic deposits, and Innovate UK agrees, investing well over a $1 million in a pilot.

Across the Bay of Biscay in the considerably warmer but no less back of beyond northern region of Portugal, another opportunity i being created. AIM-listed Savannah Resources has announced a 52% upgrade to its proven resources at the Mina do Barroso lithium project in northern Portugal, The Telegraph explains.

The proposed mine would comprise a resource of 14 million tons at more than 1% lithium, putting it in the “high grade” category, with an expected lifespan of 30 years. 1% does not sound like a rich deposit — some gold reserves are more concentrated — but brines in South America typically carry 200–1,400 milligrams per litre (mg/l) Li, when pumped to the surface and concentrated by evaporation in a succession of artificial ponds. It can take between a few months and a year, depending on the climate, to reach a concentrate of 1% to 2% Li so that the solution can be further processed in a chemical plant to yield lithium carbonate and lithium metal, the U.S. Geological Survey reports.

The technology for refining these hard-rock “spodumene” deposits is well established, so considering the size of the resource and its location in the heart of the E.U., funding should not be a major hurdle.

Combined, the two projects could see the E.U. become more self-reliant for lithium supplies. Plus, it would be less exposed to overseas suppliers and extended supply chains for what is becoming an increasingly important raw material.

PREVIOUS POST:
Where is the Next Economic Crisis Coming From?
NEXT POST:
This Morning in Metals: China Iron Ore Futures Rise