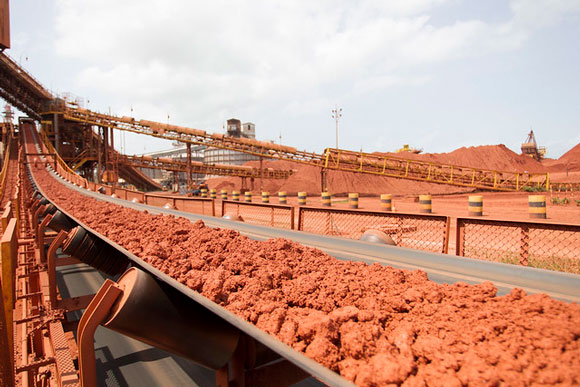 This morning in metals news: Norsk Hydro’s Alunorte alumina refinery has signed a deal with the Federal University of Pará; a decline in petroleum demand yielded a rise in crude inventories this spring; and U.S. hires reached 6.5 million in May.

Norsk Hydro’s Alunorte alumina refinery in Brazil has reached a deal to study the feasibility of producing low-carbon cement from bauxite residue.

“The project is part of the agreement between Hydro and the University initiated in 2019 on several lines of research, including the residue resulting from Hydro’s operations: the Alunorte alumina refinery in Barcarena and the bauxite mine in Paragominas,” Hydro said in a release this week.

“Research aimed at sustainable low-carbon cement production addresses Hydro’s sustainability goal for bauxite residue. The company seeks to use part of this residue to generate new products by 2030, using approximately 500,000 tonnes of bauxite residue per year.”

As noted here previously, the U.S. has seen rising crude oil inventories in recent months amid a decline in demand (stemming from stay-at-home orders orders imposed during the coronavirus pandemic).

According to the Energy Information Administration (EIA), “April’s crude oil inventory increase is a result of refinery runs falling more quickly than crude oil supply, which is determined by domestic production and imports.”

According to the Bureau of Labor Statistics, U.S. hires increased by 2.5 million in May to 6.5 million, marking “the largest monthly increase of hires since the series began.”

Meanwhile, quits increased for several industries, including durable goods manufacturing, which saw an increase of 38,000 quits.