Inflation and tariffs — what’s the connection?

Inflation is currently a hot topic on Wall Street and in Washington. For many, it’s a much more immediate issue than other major issues, like the impact of climate change.

A recent Financial Times post in the paper’s Trade Secrets newsletter posed a somewhat controversial but not inappropriate question: could removing tariffs be the answer to lowering inflation? 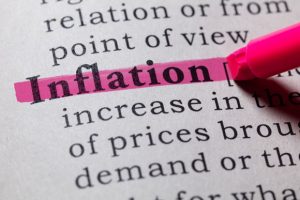 Tariffs are certainly in the spotlight, the Financial Times suggests.

U.S. Trade Representative Katherine Tai was apparently asked by reporters in a roundtable last week if removing the Trump-era tariffs on Chinese imports was now under consideration. The U.S. Consumer Price Index showed a 6.2% gain in October from the previous year, its fastest increase since 1990. Treasury Secretary Janet Yellen, the former Federal Reserve chair, acknowledged this week that removing the tariffs would provide a one-off supply chain cost reduction that would “make some difference.”

Inflation is clearly a concern. However, why would you conflate one issue – protecting domestic intermediate product manufacturing – with the separate issue of wider economic inflation?

There is little evidence that the original Trump tariffs resulted in inflation in the wider economy. Certainly, within the metals supply chain costs were passed directly down the line. Costs filtered down from either importers or by domestic mills opportunistically raising prices to the level of imports. But the impact proved relatively minor on the cost of a finished washing machine or an earth mover, the Financial Times reported, citing research results.

In our currently much more supply chain constrained and inflationary economic environment, removing the tariffs would result in a one-off modest drop in prices for many goods. The post makes an observation that savings rates remain high. The public has not spent all the savings accumulated during the lockdowns. Furthermore, the inflationary global logistics constraints abated. As such, demand in a constrained environment is likely to persist for some time.

In short, inflation isn’t going away any time soon.

As such, a short-term fillip will be absorbed in one quarter’s figures but will likely fail to reverse a more persistent inflationary problem.

As to whether removal of the tariffs is a likely outcome of current deliberations, the post suggests not, but what is deemed more likely is to reformat the tariffs using the exclusions process.

The U.S. Trade Representative waiver could be extended to make permanent current exclusions and potentially increase the number over and above those already granted. USTR deliberations are often seen as a somewhat dreary side note to more exciting trade news. However, keep an eye out for news on this over the coming weeks and into next year.

Inflation fears are the hot topic in Washington. They are a genuine cause of fear in the corridors of power. If import costs are seen as one part of the jigsaw, the waivers could be used as a subtle tool to reduce the pressure on metal costs, at least.