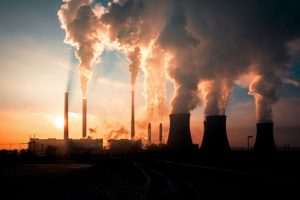 U.S. President Joe Biden also signed into law Nov. 15 the Infrastructure Investment and Jobs Act. The $1.2 trillion bill includes $550 billion in funding for upgrades in the United States’ infrastructure network. This includes upgrading and expanding the country’s energy network as well as building out transportation infrastructure.

While those projects will help the U.S. to address carbon emissions, they will be steel-intensive, sources said.

The House of Representatives passed the amended bill Nov. 5. The Senate passed the bill Aug. 10.

Steel will also be necessary on a global level to help the expansion of wind farms, as well as to start building battery-electric vehicles (BEVs), the first source added.

The proliferation of battery-electric vehicles, stationary batteries and the need to rebuild existing power networks will also push nickel and copper demand.

“Copper demand is very essential towards the shift to lower carbon,” a second source said.

Copper’s applications also extend to housing, such as for wiring and piping in houses and buildings. It is also used in white goods and industrial machinery.

Supply for copper is also likely to grow by more than 3% per year over the next 10 years in response to demand from those various sectors, the second analyst noted.

Reutilization of the base metal is also likely to increase in the coming years, such as in Europe, as it has a lower melting point and is easier to separate extract, the second analyst noted.

“There is a drive to improve and increase the circular economy,” the second analyst added about recycling in Europe.

Production of the base metal in 2020, to include concentrate as well as copper cathode, came to 24.5 million metric metric tons, the second analyst stated. From that amount, 21 million metric tons came from primary sources. The remainder from secondary (recycled) sources.

Recycling of nickel occurs less often than copper. The high temperatures to smelt and the low recovery of that metal in the process can make it less economical in some areas.

Nickel’s primary application will remain in production of austenitic stainless steel. Applications for that include construction, the medical and food sectors, and even in nuclear reactors.

From that amount, batteries will take up 25% of that demand.

The battery supply chain at present only accounts for 5-6% of demand for nickel, compared mainly with the stainless steel.

Environmental challenges ahead from metals sector

That nickel supply would not immediately come from environmentally friendly sources, such as from Indonesia, where nickel ore is abundant. This could mean land disturbance. Environmental regulation in that southeast Asian nation is also not nearly as stringent in other parts of the world.

The steel sector, for now, faces a similar situation.

“It is going to be a phased approach” toward greening of steel, the first analyst stated.

Electric arc furnaces are likely to replace blast furnaces in more developed parts of the world. Technologies such as low-carbon steel, produced by using hydrogen and DRI or replacing coal with hydrogen in blast furnaces, are still in their infancy.

“There is a level of where it is difficult to change fixed assets,” he added.

Metals companies, at least in Europe, are likely to find more low-hanging fruit from energy providers that will offer energy from renewable sources – at least for the hotel load.

“It’s not a cure-all, but it is a remedy,” the second analyst stated.

Each month, MetalMiner hosts a webinar on a specific metals topic. The next session is scheduled for Wednesday, Dec. 8, and will cover MetalMiner price predictions for 2022. For more information and to sign up for the webinar, visit the MetalMiner Events page.