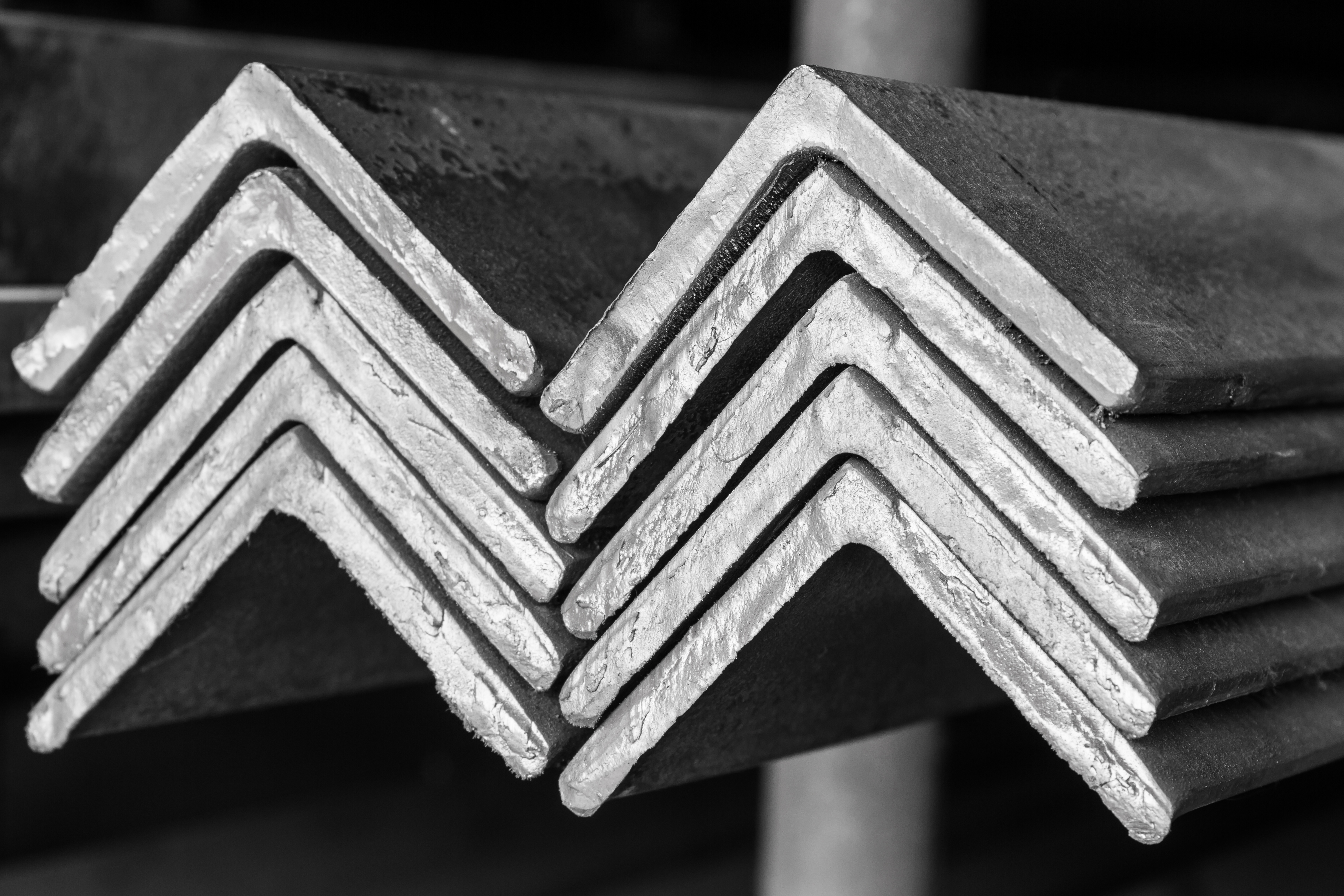 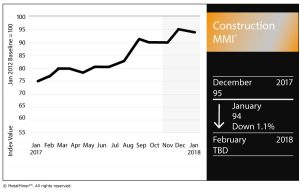 The Construction Monthly Metals Index (MMI) lost a point for our January reading, falling to 94 from 95.

According to U.S. Census Bureau data for November (the most recently available month), total construction spending amounted to $1,257 billion, up 0.8% from the revised October estimate of $1,247.1 billion.

Meanwhile, public construction spending, at $964.3 billion, was 1.3% above its October total.

As tracked by the Architecture Billings Index (ABI), put out monthly by the American Institute of Architects, November proved to be a strong month for architecture billings.

Per the November ABI report, the billings ABI rose to 55 from last month’s 51.7 (a score of 50 indicates no growth).

The uptick in design activity is in large part attributable to the strength of the economy, the monthly ABI report indicates: “GDP has grown at a 3 percent annualized rate through the second and third quarters this year. In the fourth quarter, our economy is likely to grow at about this same pace, and 2018 looks to see overall domestic economic gains in the 2.5 to 3.0 percent range. Strong consumer sentiment scores suggests that households are getting more comfortable with the direction of the economy as well as with their own financial situation.”

The report adds a strengthening labor market as another factor behind the rise in design activity. According to the report, there was a net gain of 228,000 payroll positions nationally in November, and annual 2017 numbers likely will hit at least a 2 million net gain for the sixth straight year. In terms of construction, specifically, there was a net gain of 24,000 construction positions in November, with 2017 gains “potentially as high as 200,000.”

By region, November was a strong month for the West, which led the four regions tracked in the ABI. The West region tallied a score of 54.8, ahead of the South and Northeast (each at 52.8) and the Midwest (50.4).

PREVIOUS POST:
Does Gold’s Rise Have Anything to do with Bitcoin?
NEXT POST:
Week in Review: Chinese Capacity Cuts, Podcast Ep. 4 and Bitcoin