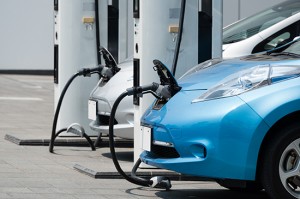 This morning in metals, we’re getting up to speed on where the tin market could be in a decade, what U.S. and Chinese trade negotiators are continuing to discuss, and where the EU car market seems to be heading (hint: it’s not good news).

Tin Metal Use Expected to Boom Due to Batteries

The International Tin Association (ITA) recently said that tin could experience “a surge of new demand from lithium-ion batteries for electric vehicles and energy storage of up to 60,000 tonnes a year by 2030,” according to Reuters.

According to that report, the ITA did not forecast any numbers of overall tin consumption in 2030, but “it has seen rising interest in the metal for energy materials and technologies.” Last fall, the group went on record forecasting a global tin market surplus of 500 metric tons in 2018 mainly due to weaker demand in China, according to Reuters.

Among the things trade negotiators for both countries discussed at the table recently, according to the WSJ (paywall), were a proposal to increase U.S. semiconductor sales to China to a total over six years of $200 billion (although “that increase would be generated in part by moving assembly operations of U.S. semiconductors from third countries like Mexico and Malaysia to China, allowing those products to be counted as U.S. exports rather than those of other countries”…so much for reshoring).

The Chinese also offered “to eliminate a national vehicle-procurement policy that has given consumers subsidies to buy domestically made new-energy, small-engine and other types of cars,” according to the WSJ.

Speaking of vehicles, while carmakers like Ford are worried about what a hard Brexit may mean for their plants, they may have bigger, more systemic issues when it comes to the E.U. and U.K. car markets.

“European car sales declined for a fifth straight month in January,” and “passenger car registrations dropped 4.6 percent compared with last year to 1.23 million vehicles in the European Union and European Free Trade Association, according to the European Automobile Manufacturers Association,” as reported by Bloomberg.

Of course, all eyes on on China and its auto market to see if glimmers of hope are on the horizon.