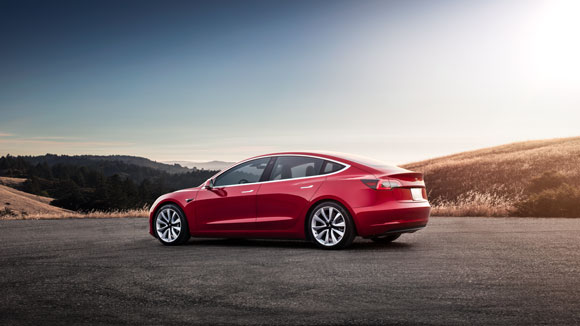 Reuters recently reported on Tesla’s announcement that it is in advanced talks to use batteries from China’s Contemporary Amperex Technology Co Ltd (CATL) that contain no cobalt specifically for use in cars made at Tesla’s Shanghai plant.

The statement went on to say as a result of using CATL’s lithium-iron-phosphate (LFP) batteries, Tesla would be able to substantially lower the cost of those cars using the alternative battery technology, as cobalt is the most expensive component in traditional nickel-cobalt-aluminum (NCA) and nickel-manganese-cobalt (NMC) batteries.

The statement, however, did not say what the impact of the alternative batteries would be on range.

Along with lack of charging infrastructure, range is another most widely reported issue buyers worry about with EVs. CATL’s Li-Fe-P technology is proven and in relatively widespread use, an expert on the industry told MetalMiner in a recent confidential briefing. The battery design is mainly used in larger applications like buses, particularly in China. CATL was an early proponent of this technology at a time when the Chinese state-provided grants to enable this chemistry to be commercially developed, but it is a chemistry rarely used in EV’s were the greater power density of NCM and NCA batteries continue to dominate despite the higher cost.

Tesla’s motivation can probably be traced back to promises made by Elon Musk to lower the cost of standard models, as cheaper CATL batteries are said to reduce the cost by double-digit margins. Potentially significant considering one source reported the cost of replacing Tesla 3 battery modules could be $7,000 and Investopedia advised that Tesla’s flagship car, the Model S, could have battery costs of approximately 42% of the model sales price.

As our contact observed, Musk is long on statements — his vow to reduce sticker prices should be seen in that context.

There is a practical reality that in the longer-term, performance will sell cars and the Li-ion battery costs of all hues are lowering all the time. It will still be a few years before electric vehicles (EVs) are being knocked out at the same cost as conventional internal combustion engine (ICE) vehicles.

In the meantime, there will only be a sub-set of Tesla’s client base that is willing to compromise an already limited range for price, so most models will continue to use cobalt-containing battery chemistries.

Particularly with what appears to be a very competitive Ford rival coming out this year in the all-electric Mustang EV that looks like it could give the Model 3 a run for its money, competition for a sector Tesla has dominated is heating up.

As for the cobalt price, Tesla’s announcement may shake some investors, but the market is already in surplus. With Glencore’s Mutanda mine on care and maintenance for at least two years, there is something in excess of 20,000 tons of cobalt, our contacts tell us, ready to come back onstream should EV take-up really accelerate faster than anticipated and cause demand-driven price rises.

Draw your own conclusions.