Supply-side worries are supporting the zinc, lead and copper prices 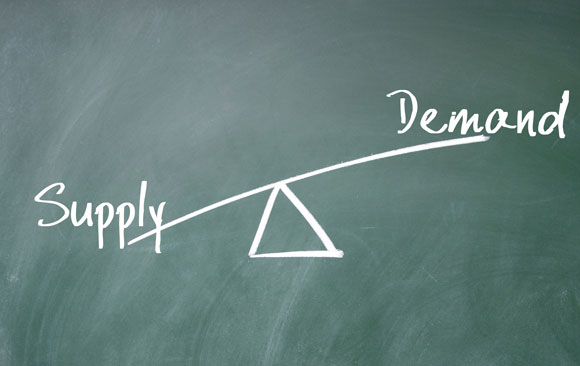 Zinc and lead are co-mined metals, often assessed in tandem. Zinc and copper, however, are less likely to be viewed as driven by the same fundamentals.

Sentiment, yes. All the base metals can be influenced by the same narrative, such as currency strength or China demand. It is true to say both price drivers have been at work in recent weeks across the whole metals spectrum.

But one additional factor at play this summer has been ongoing supply-side anxiety due to rising COVID-19 virus infection rates in South America.

Both copper and zinc rely heavily on mines in Chile and Peru for ore supplies.

That reality is a fact highlighted in a recent Mining.com report, which warned that mining companies operating in Peru are being forced to keep operations suspended.

In addition, companies are halting new operations as confirmed coronavirus cases in the country surged past 300,000, with several of the new infections happening in the copper sector.

Supply-side concerns have also provided support for lead (often co-mined with zinc). This is despite a massive surge in LME inventory arriving in last July, nearly doubling stock levels to 119,000 metric tons.

Chinese investors, in particular, are seeing a convergence of rising Chinese demand and rising supply-side anxiety.

A simultaneous fall in SHFE inventory and a rise in refined metal imports supports the rapid recovery story in China.

According to Reuters, SHFE zinc stocks currently stand at 89,188 metric tons. The stock level fell by 81,000 tons from the March highs at the height of China’s coronavirus-related lockdowns.

The flow of Beijing’s stimulus funds is, to a great extent, driving sentiment. Zinc ticks the construction and infrastructure boxes in the form of galvanized steel.

Despite a fall in automotive demand last year, the sector appears to be experiencing its own sharp recovery. Sales rose 11.6% in June on the back of strong demand for trucks and commercial vehicles.

Not surprisingly, China’s refined zinc imports have started picking up over the last two months.  June imports totaled 64,700 metric tons, the highest monthly total since August 2019. Imports of zinc concentrates, by contrast, fell 40% month over month to 213,000 tons. Dropping concentrate imports supports the narrative of lower availability from countries such as Peru, where production has been hit hard by quarantine measures.

LME inventory on the rise

While net long positions on the LME are modest at just over 6,000 tons, it should be said that until recently, the story outside of China was more cautious.

The World Bureau of Metal Statistics reported last month the zinc market was in surplus by 126,000 tons during the January-May 2020 period. Meanwhile, the market recorded a deficit of 63,000 tons in the whole of the previous year.

Reuters quotes the International Lead and Zinc Study Group (ILZSG) estimate that the global refined zinc market registered a supply surplus of 241,000 tons in the January-May period alone. Meanwhile, CRU is forecasting a 485,000-ton surplus over the course of the year. The median forecast in a Reuters poll of analysts in July suggested a surplus of 403,000 tons.

Whether China can soak up that kind of surplus remains to be seen. While much uncertainty remains about the ongoing impact on supply, the case for scarcity and, therefore, support for prices seems stronger for copper than for zinc and lead, despite all of them benefiting from supply-side worries.

Stop obsessing about the actual forecasted copper, zinc or lead price. It’s more important to spot the trend. See why.