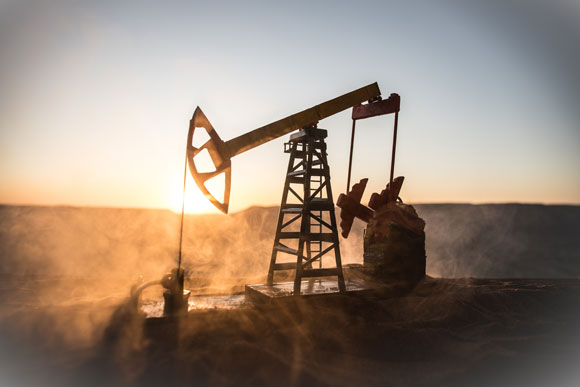 China and India find themselves in some sort of a mini-race in the crude refining business.

(As readers of our Annual Outlook know, the oil sector is one of three key macroeconomic pillars we consider in our analysis of commodities markets, in addition to the Chinese economy and the strength of the U.S. dollar).

China races ahead in crude refining

China, though, is paces ahead of its neighbor. If all goes to plan, China could soon dethrone the present No. 1 refiner, the United States.

Bloomberg quoted the International Energy Agency (IEA), which said that perhaps by next year, China would dethrone the U.S. as the top refining country in the world.

This will be no small feat.

China may become No. 1 following the closure of some refineries in the U.S.

Steve Sawyer, director of refining at energy industry consultancy Facts Global Energy, told Bloomberg in an interview that, in the coming years, China would be putting out an additional million barrels a day, helping it overtake the U.S.

While China goes about the crude refining business, its neighbor India has also thrown its hat in the ring.

For the last couple of years, India has made no bones of building its domestic refining capacity. The country has added some well-known international petroleum companies to its client list.

India planned to double its current capacity in the next 10 years. However, Prime Minister Narendra Modi wants things done faster.

At present, India’s refining capacity stands at 250 million tons, or a little more than 5 million barrels per day, based on a conversion factor of 7.33 barrels per metric ton of oil. Under an earlier plan, India sought to hike this to 450 million to 500 million tons over the next 10 years.

Now, Modi wants to do it even faster, accomplishing it within five years.

Just some days ago, China issued a new and final batch of refined fuel export quotas for 2020 totaling 3 million tons. That included its first sizable quota to a giant private refiner, according to The Economic Times.

With tepid oil demand, why the rush to increase crude refining capacity?

The present COVID-19 crisis is hurting petroleum product demand and supplies. Plus, more countries will be moving on to renewable energy in the next few years. As such, the demand for oil is expected to come down.

This leaves experts wondering about the reasons behind China and India’s race to become global destinations for crude refining.

They believe that billions of dollars spent on refining capacity in China may never get used. China itself is shifting to a more renewable energy mix, as is India.

Modi has announced India is aiming to raise the share of natural gas in its energy-consumption mix by up to four times. In addition, it aims to achieve its targets of increasing renewable energy capacity to 175 gigawatts by 2022 and 450 gigawatts by 2030 ahead of schedule.

In the Bloomberg report, the news sources cited industry expert Wood Mackenzie, which said a key driver of these new projects is the increasing demand for the petrochemicals used to make plastics.

More than half of the refining capacity that comes onstream through 2027 will be added in Asia. Of that, 70-80% will be plastics-focused.

Asia’s relatively fast economic growth rates and the fact that the region is still a net importer of naphtha, ethylene and propylene as well as liquefied petroleum gas (used to make various types of plastic) could be one of the reasons behind China’s push to set up new plants, the report states.