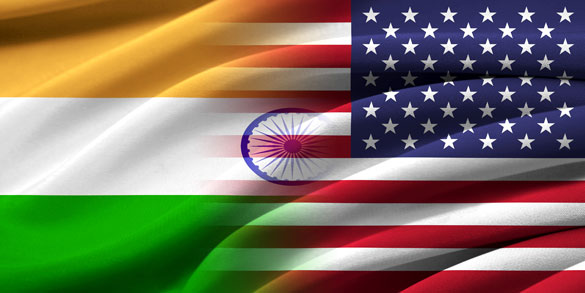 It is too early to talk of the direction US-India relations will take under US President Joe Biden’s administration.

But Indian trade circles are keeping a close eye on trade-related developments with a hopeful eye.

Much of the hope for better US-India relations focuses on the desire that the US will focus more on its bilateral ties with India because of the former’s strained relation with China, and why the US would benefit from such a move.

The two countries have a lot going on together. The two have a robust bilateral trade. Through the first 11 months of 2020, the U.S. imported goods from India worth $46.3 billion and exported about $24.6 billion in goods. In addition, the countries have cooperation in defense and an ever-increasing reliance on each other in the field of energy.

The appointment of four Indian-Americans to senior posts in the Department of Energy (DOE) is being seen as a positive. Energy expert Tarak Shah was appointed as the department’s chief of staff, making him the first Indian-American to serve in the position. The DOE said the new leaders will direct policy and enact Biden’s vision for “bold action on the climate crisis.”

Debasish Mishra, partner at Deloitte Touche Tohmatsu, said energy cooperation in the clean energy sector would ramp up, with the US rejoining the Paris Climate Agreement, moneycontrol.com reported. Mishra also said the oil and gas involvement would also continue.

The Narendra Modi government will also likely to pressure the new US administration to back the India-led International Solar Alliance.

Many experts in India see the new Biden government giving a leg up to the Partnership to Advance Clean Energy (PACE) between the two countries launched in 2009. The agreement aims to accelerate inclusive, low-carbon growth by supporting research and the deployment of clean energy technologies.

India’s energy ties with the United States have increased in recent years. For example, India’s hydrocarbon trade with the US rose to $9.2 billion in 2020, according to moneycontrol.com.

This week, the US-India Business Council (USIBC) submitted some ideas to the new Biden administration to “strengthen the countries’ partnership and support a goal of $500 billion in two-way trade by 2024. These ideas including reconstituting business relations with India and creating a new digital partnership. Another called for restructuring the US-India Strategic Energy Dialogue to include climate and sustainable growth.

According to The Times of India, trade issues between India and the US have often been the main irritant in an otherwise friendly relationship, but this was unlikely to improve under Biden.

Some experts in India feel the Biden administration will continue to pressure New Delhi on the trade front.

An Indian government official speaking anonymously was quoted in a report by LiveMint as saying India would be pursuing a mini-trade deal with the Biden administration but was not sure of the new US administration’s interest.

All eyes are now on new US Trade Representative (USTR) Katherine Tai. Tai has said the new administration would be pursuing a “worker-centered trade policy.”

Judging by the mood within the US, many in India feel those tariffs aren’t going away any time soon.

U.S. steel industry and union groups recently asked Biden to continue to keep in place the 25% national security tariffs on steel imports imposed in 2018 by Trump. The groups argued the tariffs are important to ensure the viability of domestic steel production.

While China is the top steel producer in the world, India holds the No. 2 spot.

PREVIOUS POST:
China’s property market is a driver — and risk — for steel prices
NEXT POST:
This Morning in Metals: Changan Ford to manufacture Mach-E in China for local customers