After a barnstorming first quarter, the copper price appears to be bucking the wider bull market narrative by trading sideways in the second quarter.

Yet there remains a strange disconnect between COMEX and the North American market and the LME and rest of the world. 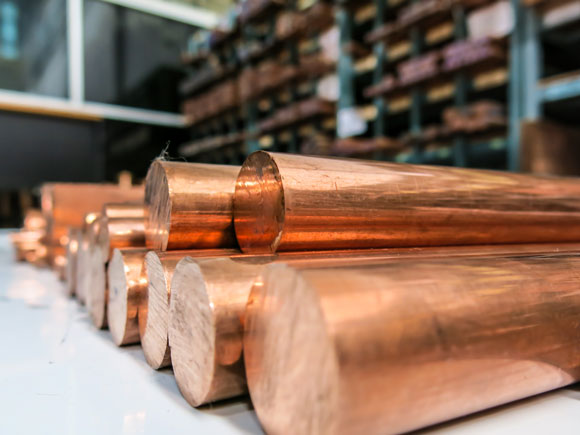 There is a sizeable arbitrage window between COMEX and the LME copper price, prices that would normally move in relative harmony.

The underlying cause, Reuters suggests, is imbalanced inventory.

In this respect, copper is similar to more extreme positions for aluminium and zinc. The U.S. is short of physical inventory relative to the LME. Even LME inventory is skewed to Asian rather than European warehouses, as we reported last week when looking at the aluminum market.

Realization of that squeeze is what was probably behind a sharp reduction in short positions on COMEX held by money managers over the last couple of weeks. Short positions fell from nearly 45,000 contracts in June to just over 22,000 lifting the net collective long balance to over 46,000 contracts as markets adjusted to the realization the U.S. is a lot tighter than believed. A physical delivery premium could be emerging for copper as we have seen leading aluminum price rises all this year.

Copper consumption on the rise

The reason is not hard to see.

According to the Reuters report, Citi estimated that apparent U.S. copper consumption jumped by 22% year over year in January-May. The country needs to lift imports by 80,000-90,000 metric tons per month over July levels for the arbitrage with London to normalize.

Due to China’s change in import regulations, this is all relatively higher-purity scrap — 80% Cu or higher — metal that would otherwise have served the domestic market. In total, China imported some 821k tons, up 91% on a year before, similarly sucking metal from the rest of the world and pushing consumers towards greater uptake of refined metal.

Change of the tide?

Looking forward, Reuters suggests the tide is flowing in the U.S.’s favor.

Demand is easing in China as the recovery normalizes. It is possible more metal, scrap and refined, could be available for U.S. consumption in the second half of the year.

But it will take more than a cooling China consumption to improve U.S. inventory levels. Chile, in particular, will need to find additional supply. Competition for that supply will incur price rises, as Europe and Japan also post recovering demand.

With the potential for strike action in Chile this month, maybe copper’s days on the sidelines will prove temporary — the money managers’ bets suggest so.