You do not have to look too hard to find failures of state-run economies around the world. Since the collapse of the Soviet Union, there is less enchantment with the model — outside China, anyway —  than there once was.

But what we remain plagued with is the idea government has a role in the ownership, operation and pricing of “strategic assets.”

We wrote recently about power rationing in China due in part to a political spat with Australia. As a result, Beijing decided it was a good idea not to buy Australian coal. In turn, it deprived the country’s power sector of a major source of supply. 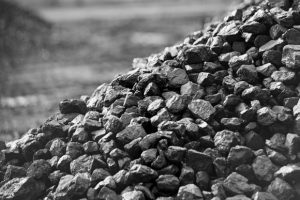 This week, we cover India. The state’s ownership of the monolithic Coal India mining company has for years led to underperformance, underinvestment and inefficiency.

A Reuters article paints a dire picture of the perilous state of the Indian electrical generating sector.  Coal stocks have gotten so low that many generators risk running out of supplies.

As of Sept. 29, the post reports, 16 of India’s 135 coal-fired power plants had zero coal stocks, quoting Central Electricity Authority (CEA) data. Over half of the plants had stocks that would last fewer than three days. Meanwhile, over 80% had less than a week’s stock left.

Coal accounts for around 70% of India’s electricity output. Furthermore, utilities account for about 75% of India’s coal consumption.

However, while India has the fourth-largest coal reserves in the world, it remains the world’s second-largest importer. That is largely because of monopolistic Coal India’s inefficiencies.

So much for state ownership of Coal India. Individual states have compounded the problem for years by controlling and suppressing the price of coal to the generators to keep down electricity tariffs as a vote winner.

So when global prices rose strongly this year, generators cut back imports sharply. So began the fateful decline in stocks.

As electricity demand has bounced back following the easing of lockdowns, coal stocks have shrunk rapidly. Faced with untenable import prices, some import-dependent generators and non-power coal consumers have curtailed production.

Buyers of Indian products should do due diligence on their suppliers’ power supply. Outages are probable.

While large-scale blackouts as suffered in China are unlikely, rationing could be on the cards for much of this winter as global prices continue to rise.