The lawsuit is a rare clash between the former two companies, as Nippon is a major supplier to Toyota. Nippon is already grappling with rising raw material costs. 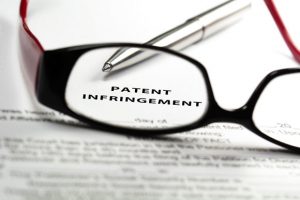 According to a spokesperson for the company, Nippon Steel believes the sale and use of Baosteel sheets in Japan are in violation of its patent claims on composition, thickness, crystal grain diameter and magnetic properties.

“Concerning the electromagnetic steel sheets manufactured by Baoshan Iron & Steel Co., Ltd. (Baosteel), as well, we confirmed that there was no infringement of another company’s patent before concluding a contract,” Toyota said. “We also received a written statement from Baosteel to that effect.”

Nippon Steel is seeking 20 billion yen (about U.S. $176 million) in damages from each of the two companies. It also wants to stop Toyota from selling and manufacturing vehicles in Japan that use Baosteel’s non-oriented magnetic steel sheets.

Non-oriented magnetic steel is specialized metal that improves the performance of motors in hybrid electric and electric vehicles. Nippon Steel is the supplier of electromagnetic steel to Toyota for the Prius hybrid for over 20 years.

Japan’s steelmakers have always had an edge over their Chinese rivals where specialized automobile components including steel is concerned. Yet, because of the large-scale disruption in the supply-chain because of the COVID-19 pandemic, and the fact that Chinese companies are fast catching up with the Japanese counterparts, Japan has had to look closely at safeguarding supply chains and its intellectual property.

PREVIOUS POST:
US steel capacity utilization dips to 84.7%
NEXT POST:
This Morning in Metals: US trade deficit jumps 9.2% in September