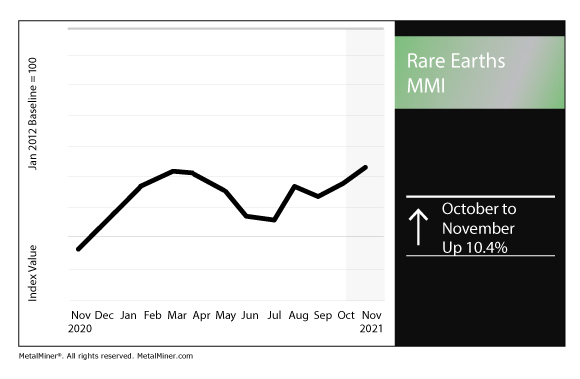 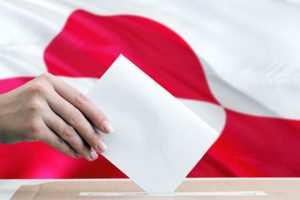 Earlier this year, we touched on the snap elections in Greenland, where the victorious left-wing Inuit Ataqatigiit party ran in opposition to the promising Kvanefjeld mining project on the southern tip of the island.

Australian firm Greenland Minerals had been working to secure a mining license for the project.

“The project is centred on the globally unique Ilimaussaq Alkaline Complex in southern Greenland,” the firm says on its website. “To date over 1 billion tonnes of mineral resources (JORC-code compliant) have been delineated in the project area, across three different zones – Kvanefjeld, Sørensen and Zone 3. Mineralisation is hosted by a rock-type called lujavrite, and is enriched in rare earths, uranium, and zinc.”

On Wednesday, Greenland Minerals submitted a request for a trading halt “pending an update to the market regarding passing of legislation concerning uranium, in the Greenland parliament.” As of Wednesday, the company had yet to release a statement about parliament’s decision.

The quarterly figure marked a drop from 3,778 metric tons in the previous quarter.

“The global COVID-19 pandemic continued to present challenges and opportunities for the Lynas business in the quarter ending 30 September 2021,” the firm said in its production report. “Strong demand from the magnet market and increased market pricing for NdPr continued as economies recovered from the pandemic. Invoiced revenue for the quarter was $121.6m, the 2nd highest quarterly result recorded for Lynas.”

UK aims to curb dependence on China for rare earths

Given China’s overwhelming dominance of rare earths mining and processing, Europe, the U.S. and other countries with high-tech manufacturing operations have sought to develop their own supply chains in order to lessen their dependence on China.

The U.S., for example, previously announced an agreement with Australia’s Lynas Rare Earths. The latter will build a light rare earths separation facility in Hondo, Texas. The Pentagon is investing $30.4 million in the project.

“LREEs are critical to numerous defense and commercial applications, including petroleum refining, glass additives, and magnets used in electric vehicle drivetrain motors and precision-guided munitions,” the Pentagon said in February 2021. “Upon completion of this project, if successful, Lynas will produce approximately 25 percent of the world’s supply of rare earth element oxides.”

Meanwhile, Reuters this month reported the U.K. could revive rare earths magnet production for use in things like wind turbines and electric vehicles.

According to Reuters, a government-funded feasibility study is scheduled to be released this week. The study will cover steps the U.K. will need to take to restart domestic rare earths magnet production, Reuters reported.

The U.S. Geological Survey this week announced it is seeking public comment on a draft list of 50 minerals deemed critical to the country’s national security and economy.

“The USGS’s critical minerals list provides vital information for industry, policymakers, economists and scientists on the most important minerals when it comes to U.S. supply chains,” said Tanya Trujillo, assistant secretary of the Interior for water and science. “The statistics and information are crucial to understanding America’s vulnerability to disruptions in the supply of critical minerals, including data on the worldwide supply and demand for minerals and materials essential to the U.S. economy and national security.”

In addition to more frequently discussed commodities like aluminum, copper, zinc, nickel, platinum and palladium (among others), the list includes dysprosium, praseodymium, neodymium and europium.

Those interested should submit written comments by mail or online by Dec. 9, 2021.

The past month proved to be a strong one for the Rare Earths MMI basket of metals.