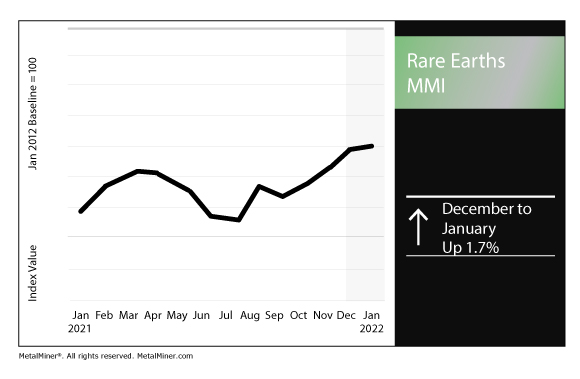 Per the Section 232 statute, Secretary of Commerce Gina Raimondo has 270 days from the initiation of the investigation to provide the president with a full report and recommendations. As such, that deadline falls on June 18, 2022.

“While Energy Fuels does not currently produce NdFeB permanent magnets at the White Mesa Mill, we believe having a secure domestic supply of separated RE oxides, metals, and alloys is likely to spur domestic production of the rare earth magnets that are the subject of the Department’s investigation,” said Mark Chalmers, president and CEO of Energy Fuels, in a submitted comment relating to the investigation.

“Energy Fuels supports the Department’s efforts to ensure that imports of NdFeb permanent magnets are not harming US national security.”

Sticking with automotive, the Motor Equipment and Manufacturers Association submitted a comment expressing opposition to any potential new duties on neodymium magnets.

“In sum, MEMA urges the Department of Commerce and BIS to not recommend the imposition of any Section 232 actions against neomagnets – both standalone neo-magnets and finished goods with neo-magnets embedded,” the association said. “Tariffs, quotas, or any similar action would only compound an already stressed supply chain and increase costs for manufacturers – the very manufacturers needed to keep the U.S. globally competitive on key, transformational vehicle technologies as we transition to an increasingly electrified and automated vehicle fleet. Moreover, no suitable alternatives for neo-magnets exist at this time, or for the foreseeable future, until the U.S. builds its own capacity, which may take decades.”

“Consequently, AAPC and its member companies strongly recommend that the Biden Administration work with the U.S. auto industry to ensure that any applied tariffs do not raise costs for domestically manufactured EVs, batteries, drive units, and other key components,” the AAPC commented. “If this were allowed to happen, it would undermine other critical objectives of the Administration that are aimed at incentivizing, and thereby increasing the uptake of EVs by U.S. consumers, as well as the environmental benefits that would result.”